How to write ionic equations

From the point of view of the theory of electrolytic dissociation, the solutions of some compounds can conduct electric current, as the decay on the positive and negative particles – ions. Such substances are called electrolytes, which include salt, acids, bases. Most chemical reactions proceeds in solutions, and therefore between the ions, because you need to know how to write ionic equations. 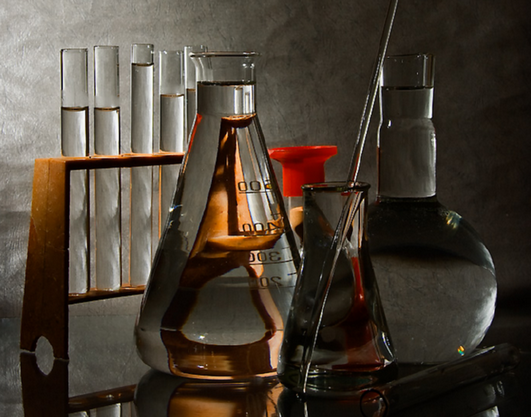 Related articles:
You will need
Instruction
1
Before you start writing ionic equations, you must learn some rules. Insoluble in water, gaseous and multiscaleimage substances (e.g., water) into ions does not decay, and hence write them in molecular form. Also included is the weak electrolytes, such as H2S, H2CO3, H2SO3, and NH4OH. The solubility of compounds can be found on the table of solubility, which is allowed reference material on all types of control. There are all the charges that are inherent in the cations and anions. For the full job, you need to write molecular, ionic full and abbreviated ion equations.
2
Example No. 1. Write the neutralization reaction between sulfuric acid and potassium hydroxide, look at it from the point of view of TED (of the theory of electrolytic dissociation). First, write the reaction equation in molecular form and set up the coefficients.H2SO4 + 2KOH = K2SO4 + 2Н2ОПроанализируйте derived substances for their solubility and dissociation. All connections are water-soluble and therefore dissociate into ions. The exception is water, which does not break up into ions, therefore, will remain in molecular form.Write the complete ionic equation, find the same ions in the left and right sides and emphasize. To reduce the same ions strike them.2H+ +SO4 2- +2K+ +2OH- = 2K+ +SO4 2- + 2Н2ОВ the result is a short ionic equation:2H+ +2OH- = 2Н2ОКоэффициенты in twos can also be reduced:H+ +OH- = H2O

3
Example No. 2. Write the exchange reaction between copper chloride and sodium hydroxide, look at it from the point of view of TED. Write down the reaction equation in molecular form and set up the coefficients. As a result, the formed copper hydroxide precipitate blue. CuCl2 + 2NaOH = Cu(OH) 2↓ +2NaClПроанализируйте all substances to their water solubility – soluble all except copper hydroxide, which on the ions to dissociate is not. Write the complete ionic equation, and emphasize and reduce the same ions:Cu2+ +2Cl- + 2Na+ +2OH- = Cu(OH) 2↓+2Na+ +2Cl-Remains short ion equation:Cu2+ +2OH- = Cu(OH) 2↓

4
Example No. 3. Write the exchange reaction between sodium carbonate and hydrochloric acid, consider it from the point of view of TED. Write down the reaction equation in molecular form and set up the coefficients. The reaction produced sodium chloride, and is allocated gaseous substance CO2 (carbon dioxide or carbon oxide (IV)). It is formed by decomposition of carbonic acid is a weak, disintegrating to the oxide and water. Na2CO3 + 2HCl = 2NaCl + CO2↑+Н2ОПроанализируйте all substances for their solubility in water and dissociation. Carbon dioxide leaves the system as gaseous compound, water is madisoniorum substance. All the other substances break up into ions. Write the complete ionic equation, and emphasize and reduce the same ions:2Na+ +CO3 2- +2H+ +2Cl- =2Na+ +2Cl- +CO2↑+Н2ООстается short ionic equation:CO3 2- +2H+ =CO2↑+H2O

Note
To determine the number of ions, we need the coefficient before the formula, multiplied by the index.
Useful advice
In the reaction equation be sure to check the coefficients.
Is the advice useful?
See also
Подписывайтесь на наш канал