How to write the equation of interaction of acids with alkalis

The ability to write equations of the chemical reaction, for example, interaction of acids with alkalismay be useful during the practical works, laboratory experiments, and in testing during the exam in chemistry. 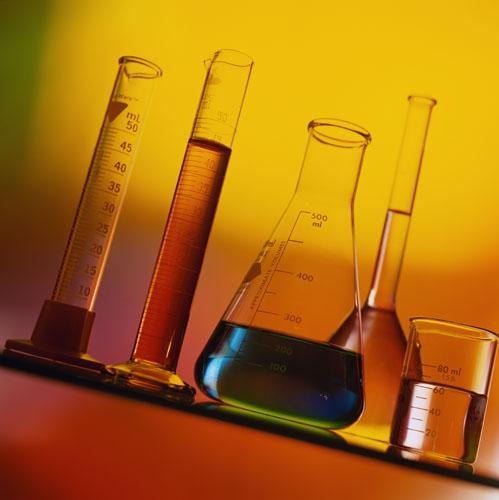 Related articles:
You will need
Instruction
1
Acid is complex substances that consist of atoms of hydrogen and acidstion of residues, for example, hydrochloric (HCl), sulfuric (H2SO4), nitric (HNO3).
2
The Foundation is a complex substances that consist of atoms of metals and of hydroxyl groups. Water soluble bases are called alkalis. These include such compounds as sodium hydroxide (NaOH), calcium hydroxide (Ca(OH)2), potassium hydroxide (KOH), and others. Their solubility can be determined according to the table, as it is reference material, which along with the table of D. I. Mendeleev required on all types of control, including the exam in chemistry (in each CIMA).
3
The interaction of acids with alkalis is otherwise known as neutralization reaction, so as to produce salt and water. The salt may be formed as the middle, and sour. Also similar to the interaction of substances can be attributed to the exchange reaction because of the acids and alkalis are exchanged between its constituent parts.
4
Example No. 1. Write the reaction equation of interaction of hydrochloric acidwith sodium hydroxide. In this reaction an atom of hydrogen in hydrochloric acid (HCl) changes places with the sodium atom in the alkali - sodium hydroxide (NaOH). The result is a salt – sodium chloride (NaCl) and water (H2O). Thus, the alkali neutralized the acid. In this reaction equation arrange the coefficients is not necessary, as the number of atoms of each element that is included as original substances and reaction products, is the same. HCl + NaOH = NaCl + Н2ОАналогично, without the coefficients will look like the equation, if for the reaction to take of nitric acid (HNO3) and potassium hydroxide (KOH).HNO3 + KOH = KNO3 + H2O
5
Example No. 2. Write the reaction equation of interaction of sulfuric acid, (H2SO4) with calcium hydroxide (Ca(OH)2). In this reaction equation 2 hydrogen atoms of sulfuric acid, (H2SO4) menyayutsya one calcium atom included in alkali – calcium hydroxide (Ca(OH)2). Asáaáresult, the formed salt is calcium sulfate (CaSO4) and water (H2O). Arrange the necessary factors by the method of substitution, increasing the number of water molecules to 2.H2SO4 + Ca(OH)2 = CaSO4 + 2H2O
6
Example No. 3. Write the reaction equation of interaction of sulfuric acid, (H2SO4) with sodium hydroxide (NaOH). If a job is not specifically set forth the conditions of the reaction, it is assumed that salt will be formed only average - in this case sodium sulfate (Na2SO4).H2SO4 + 2NaOH = Na2SO4 + 2Н2ООднако if the condition says that the reaction occurs with an excess of acids (or concentrated), in this case, a salt acid – hydrosulfate sodium (nahso4 solution)H2SO4 + NaOH = nahso4 solution + 2H2O
Note
In the arrangement of the coefficients remember that the number of atoms of each element of the original substances must be the same number of atoms of the elements in the reaction products.
Is the advice useful?
See also
Присоединяйтесь к нам
New advices