Where to go with a girl in Novosibirsk

Wishing to make out with a girl in Novosibirsk interesting to choose from. On a clear Sunny day you can have a great time under the open sky, if the weather is not favourable - warm up in cafe or leave the theater. At night open a large number of clubs. 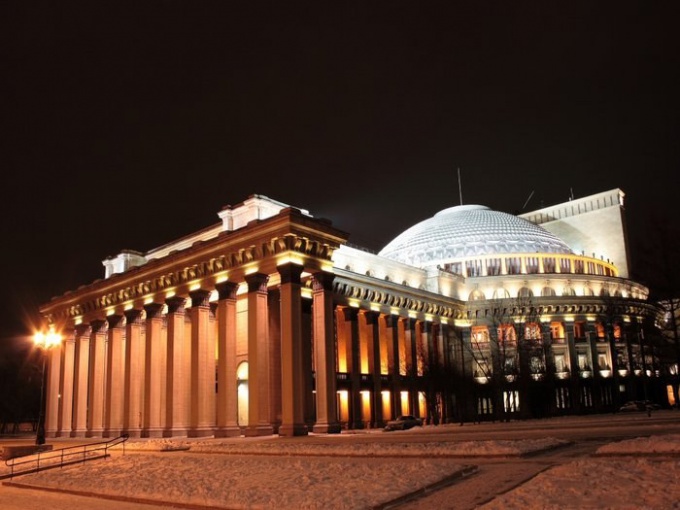 Related articles:
Meeting a girl at a fountain will not only make the date romantic, but a nice refreshing dip on a warm day. Beautiful musical fountain is open from may to September at the globe theatre. In the evening it is illuminated with colored lights that fade and light up to the beat of the music. By the way, a walk by illuminated musical fountain can be combined with a trip to the theater. His repertoire is quite diverse, there are a lot of modern youth plays. The waterfront of the river Ob jet fountain beating directly from the surface of the river. Dusk is a masterpiece of engineering art is also highlighted. On the waterfront you can also ride on the rollers. Another musical fountain at the town's public library not far from the subway.It is possible to invite a girl to the theater. One of the most popular youth theatres. Afanasyeva. On the stage pose unique modern pieces. For lovers of the classics open the doors of the Opera and ballet Theater, "Red Torch", the Musical Comedy theatre, which is located in the wonderful Central Park with rides. Modern plays are successfully staged in the theatres of the "Left coast" and "Old house".A great idea to go with a girl in Novosibirsk circus. The troupe of the city gives a vivid, memorable performance. In addition to her circus come with touring artists from different countries and former Soviet republics. Novosibirsk is situated on both banks of the Ob river. From the city centre by metro you can get to the left coast. The trip across the river will be a unique bridge underground, the weight of which is equal to the weight of the Eiffel tower in Paris. On the left Bank opened amusement Park "Bend".Go girl can be in the Novosibirsk zoo, which after reconstruction became even better. In the Zoological Park grow pine, spruce, maples and oaks because it is located in the Botanical garden. Here you can see and representatives of the African fauna, and animals from the North, and many birds and reptiles.Nightlife is very diverse. For lovers of the night partying clubs open Winners, ,Hippo, Rock City. In the latter is not rare musical performances by rock, raggy and jazz bands who come on tour from across the country. Clubs FIRST, "anti-Glamour" Alpen Grotte and Contemporary suit striking a disco party and incendiary contests. Unique club "Pipe" in addition to musical performances holds interesting theme parties.
Is the advice useful?
Подписывайтесь на наш канал