How to choose a pair of parrot

For full social contact of one communicating with a person home wavy parrot is not enough. Therefore, sooner or later, the owner of parrot-males want the females, and Vice versa. The task is complicated by the fact that these birds choose a pair, guided not only by procreation, but personal sympathy. 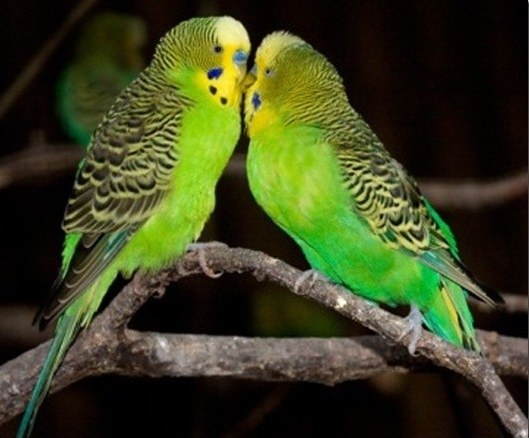 Related articles:
Instruction
1
Go for a pair of my parrot in color and age. Ideally, both birds must be the plumage of a similar colour. The optimum difference in years between the wavy parrots - two to four years in favor of the male. If the female will be older, or bigger, she can peck partner, especially if he was not yet shedding period, marking the transition to the adult bird's life.
2
Look at the character of your pet, and pick him up a couple, based on those observations. If a bird is sociable, he will do the same jaunty friend. Keep in mind that in the environment of the parrots is a matriarchy: most likely, the female will, in jest or in earnest, to bully the male, therefore, should not be taken in a couple of overly active lady quiet timid gentleman, there is a risk that she will peck in the literal and figurative sense of the word.
3
Try to take the second wavy parrot from a reputable seller with warranty birds in that case, if she doesn't get along with your existing pet. Like humans, parrots have their own likes and dislikes, so to predict their reaction to the appearance of the home a new "family member" is almost impossible. However, even the best friends of the lovebirds that can sometimes quarrel and peck each other. Therefore, return does not catch you a bird to its owner only in case of blatant aggression by one (or both) players.
4
Pay special attention to the adaptation period. In the first few days the parrot will learn to get used to each other. During this period, paired and roles (chief often becomes female). Do not pay attention to minor skirmishes and struggles for a perch, or feed, but take care that each bird had its own feeder and, if possible, their toys. If the relationship between a male and a female does not get better, and one of them mercilessly pecks the other, don't wait until all "sterpitsya-slyubitsya". Return new parrot back to the store and try to start over. These birds can afford to be picky in choosing a partner, but with his chosen one, they remain for life.
Is the advice useful?
See also
Подписывайтесь на наш канал