How to update BIOS with floppy disk

Updating (flashing) the BIOS can be a dangerous operation, capable of wrong actions lead to the failure of the motherboard. Therefore, without any need to do this operation you should not. Before you begin, you need to learn about the problems that can occur when updating, and how to resolve them. 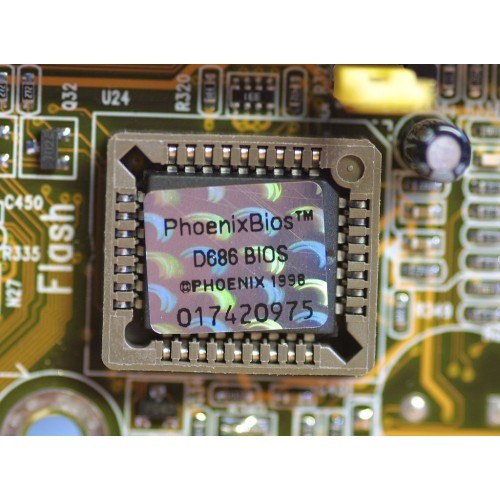 Related articles:
Instruction
1
Start surgery is necessary only in a period when the power outage is the least possible, because neoplasia BIOS unusable. It is best to have a standalone power source. Method to update the BIOS from a floppy under DOS the most secure. It is carried out as follows.
2
Working under Windows, format reliable a blank floppy disk in the "creating a boot disk MS-DOS." Her record two files: program flash (name of file depends on the type of BIOS, for example amdflash.exe) and file system (both files must be taken from the website of the manufacturer of the motherboard).
3
Start restart the computer and press Del, enter the BIOS. Reset it one of three ways: 1) taking out for a few minutes the battery feeding CMOS, 2) with jumper 3) in the settings of the BIOS under Standard CMOS Setup BIOS by selecting Load Defaults.
4
Then disable the caching functionality of the BIOS, changing the item System BIOS Cacheable in BIOS Setup, as well as the item Cacheable Video BIOS in the Chipset Features Setup section. If the drive is disabled, enable it and select the first boot in the BIOS Features Setup section. Exit the BIOS, save the settings and restart the computer without removing the floppy disk from the floppy drive.
5
After entering the system in DOS, type A:>dir and press Enter. A list of the files on the disk, and among them files flashing (in this case amdflash.exe) and the new BIOS. Type A:>awdflash /? and press Enter. Carefully review the displayed list of keys and their functions for the program awdflash.
6
Type the command: A:>awdflash newbios.bin oldbios.bin /py/sy/cc/cp/cd/e and press Enter. This team is newbios.bin should write the name of the used file system. The old BIOS will be saved in the file oldbios.bin. Flashing continues for a few minutes. After that, making sure that the file oldbios.bin recorded on a floppy disk, reboot the system and entered BIOS, set the desired parameters of its work.
7
If the BIOS update works, take steps to rectify the problems. In particularly difficult cases, contact the service center. Thus, updating a BIOS is not difficult, but dangerous. Therefore, you should use it only in special cases and at the same time a clear idea of what to do in case of failure.
Is the advice useful?
See also
Подписывайтесь на наш канал