How to find the area of allowable values 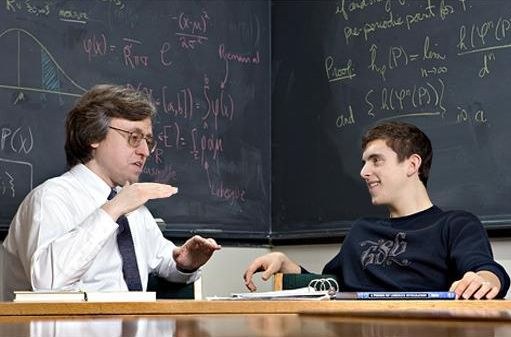 Related articles:
You will need
Instruction
1
Initially, as the tolerance values , take the infinity. That is, imagine that the equation can be solved for all H. then, using some simple prohibitions of mathematics (it is impossible to divide by zero, the expression under the root of an even degree and the logarithm must be greater than zero), is excluded from DHS, an invalid variable value.
2
If the variable x lies in the expression under the root of an even degree, put the condition that the expression under the root must be less than zero. Then solve this inequality, found the interval to exclude from the tolerance values. Please note, it is not necessary to solve the entire equation – when searching for DHS, you decide only a small piece.
3
Note the division sign. If the expression has a denominator containing a variable, Paranaita it to zero and solve the resulting equation. Exclude the value of a variable obtained from the region of the allowed values.
4
If the expression is a sign of the logarithm with variable base, be sure to put the following restriction: the base must always be greater than zero and not equal to one. If the variable is under the sign of logarithm, specify that all expression in brackets must be greater than unity. Decide received a small of the equation and eliminate invalid values from DHS.
5
If the equation or inequality multiple roots of even degree, operations division, or logarithms, find invalid values separately for each expression. Then combine the solution by subtracting all the results obtained from the region of the allowed values.
6
Even if you found DHS and obtained by solving the equation the roots satisfy him, it does not always mean that these values of x are solutions, so always check the solution by substitution. For example, try to solve the following equation: √ (2x-1)=-H. In the area of allowable values here will include all numbers that satisfy 2-1≥0, i.e., x≥1/2. For the solution of the equation raise both parts in square, after simplifications, you get one root x=1. Please note, this root is included in the DPG, but after the substitution you will see that it is not a solution of the equation. Final answer – no roots.
Is the advice useful?
See also
Присоединяйтесь к нам
New advices