How to unlock modules

One of the concepts in mathematics that is not given to all is modules. The module itself is always positive, as is the distance from the origin to the point corresponding to this number. The difficulty lies in the fact that under the module may be hiding both positive and negative, and the disclosure that should be considered. 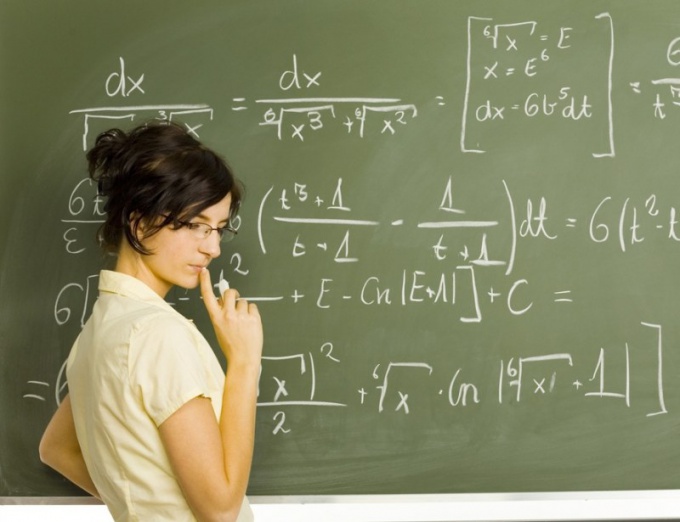 Related articles:
You will need
Instruction
1
If the equation only one module, proceed as follows. Move all values that are not contained under the module on the right side. Then use the formula A=b => a=±b, where b≥0 (if b
2
In the same way to solve equations, in which x contains at the same time and under the module, and without module. Move all the pieces without the module to the right side and expand the module, transforming one equation into a system of two. Here already it is necessary to specify the DPG, as it will participate in finding the solution.
3
If the equation contains two modules are equal, do so. Expand the second module as if it were a regular number. Thus, you'll have a system of two equations, solve each separately and combine the solution. For example, the equation IX+3I=IX-7I. After the disclosure of the module you will get two equations: x+3=x-7 and x+3=-(x-7). The first equation has no solutions (3=-7), and from the second to obtain x=2. Thus, one solution x=2.
4
If in addition to the two modules in the equation is a number, the solution is slightly more complicated. To solve this equation, divide the range of permissible values for several intervals. To do this, locate the x values at which the modules are reset (Paranaita modules to zero). Thus, you get a few intervals in which modules are disclosed with different signs. Then consider each case separately, revealing the module with the token, which is obtained by substituting the a value from the interval. As a result, you will get several solutions that need to be merged. For example, the equation IX+2I+IX-1I=5. Equating modules to zero, we get the boundaries of the intervals -2 and 1. Consider the first interval: x
Is the advice useful?
See also
Присоединяйтесь к нам
New advices