How to solve equations with x

The ancient Greek mathematician Diophantus to specify an unknown number of introduced letter symbols. This files most often have in a number of unknown x, we put by default, each time making the equation or inequality. Although you can use any other non numeric character. Equation, in which in addition to numbers, only one unknown x, and their solutions, we now consider. 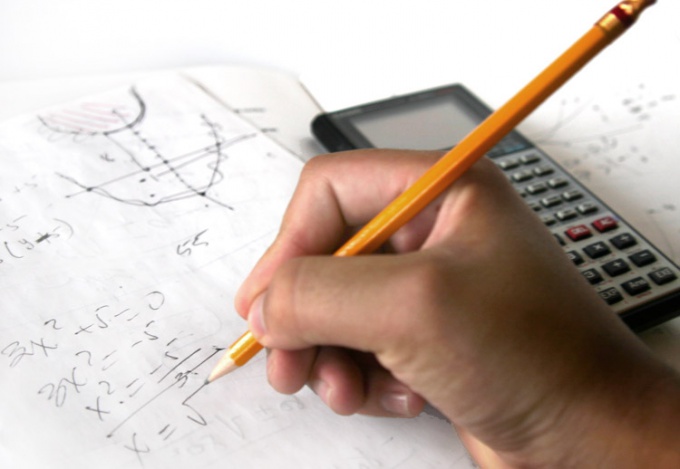 Related articles:
Instruction
1
To solve an equation means to find all its roots. The root of the equation, that is, the value of the unknown in which the equation becomes true, there may be one or not. The roots can be multiple, an infinite number or not be at all.
2
Is important in the solution of the equation the domain of the function. The fact that at some values of x the equation is meaningless. So, for example, the denominator cannot be zero, so if the equation has fractions involving x in the denominator, the range of permissible values is restricted. The first step in solving any equation is to determine the range of permissible values. Remember: the root of an even degree may not be a negative radical expression, the denominator cannot be equal to zero, the trigonometric functions have their own limitations, etc.
3
In the process of solving the equation, we simplify it, gradually reducing it easier for us, but with the same roots to the equation. We can carry the terms of equation from one side of the equal sign to the other by changing the sign minus to plus and Vice versa. Can both parts of the equation, multiply, divide or change something else, but not necessarily symmetrical, that is equally both the right and left side of the equation. Can open the brackets and make them. To perform arithmetic operations indicated in the equation, according to the rules. Actually this is the solution process. To bring the equation to a "decent" appearance and then to know his roots.
4
The first in the school course deals with linear equation with one unknown. These equations are in General form: ax+b=0. Here a and b denote numerical values. The solution to the equation looks like this: x=-b/a. Having to solve complicated-looking equation, we are trying to give him the usual line. What if the equation has fractional expression driven by all terms of the equation to a common denominator. Then multiply both parts of equation by the denominator. All of the disclosed brackets. Move all terms involving x on one side of the equation. All without the unknown on the other. We add, subtract, carry out all the required and possible actions. Which usually lead us to the fact that with each side of the equal sign is only one summand. It remains only to divide the term without x on the odds next to unknown.
5
Many equations it is convenient to solve graphically. To do this, we collect all terms on one side of the equation. On the other hand produces zero. Replace it with y, draw coordinate axes and plot the data now available in the function. The point of intersection of the graph with the abscissa axis are the roots. Record.
6
When you have found all the roots of the equation, don't forget to collate the results found earlier, the domain of the function. Outside it there are no roots, because the equation does not exist.
Is the advice useful?
See also
Присоединяйтесь к нам
New advices