Y = f(x) will be tangent to the graph shown in the figure at the point x0 under the condition, if it passes through the point with coordinates (x0; f(x0)) and has slope f'(x0). To find this ratio, given the characteristics of a tangent, it's easy. 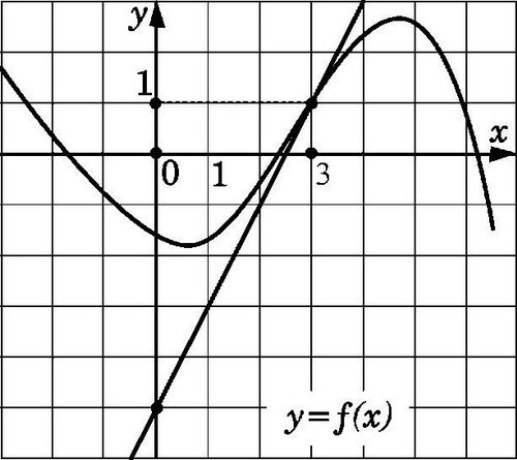