To solve this problem, it is necessary to remember that such a truncated cone and which properties it possesses. Be sure to make a drawing. This will allow you to determine what geometric figure represents a cross section of a cone. It is possible that after the solution of the problem will not be present for you difficulty. 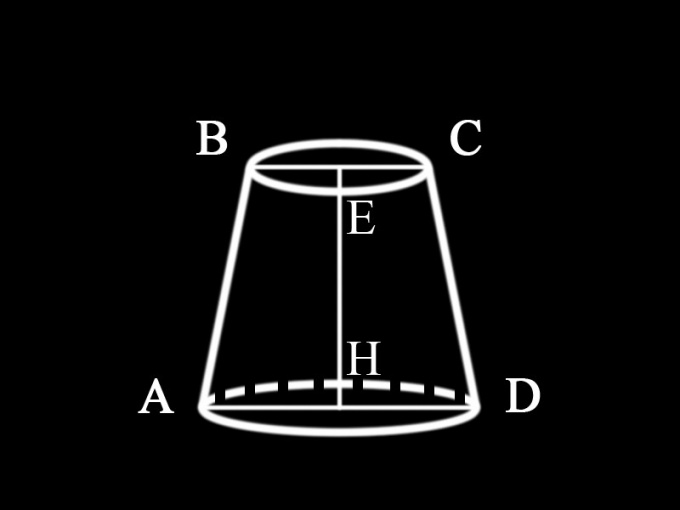