Why a girl can't get pregnant

Sometimes it happens that the desired pregnancy does not occur, and then the woman's head start to slip different thoughts and questions. In fact, problems with conception – is not uncommon, and there are many reasons why a girl can't get pregnant. 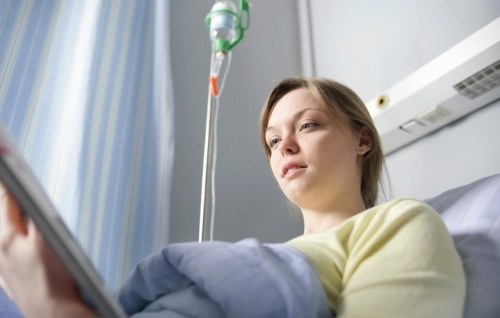 Related articles:
Many couples believe that if you can't conceive the first two times, we urgently need to sound the alarm. However, this view is mistaken for the onset of long-awaited pregnancy is absolutely healthy people need a year or two active planning. So if you started trying to conceive a baby less than six months ago, then discard all the bad thoughts out of my head. If the period of planning more, and you have no history of serious gynecological problems, we can safely wait another six months or a year, and then to go to the doctor. But if you are very worried, visit the doctor sooner - sometimes it happens that pregnancy occurs just after the doctor will report that you are healthy and no interference to bear children you have. By the way, contrary to popular belief, the doctor needs to refer to both – men and women, because men, too often there are disturbances that prevent the joy of fatherhood.Very much depends on your attitude. Often kids do not get those who are too eager to get pregnant (this is why in some cases physicians say that the physiological reasons for infertility, but there is a problem in the head). As paradoxical as it sounds, but such a desire is many times reduces the chance of pregnancy. Therefore, it is necessary to distract on something, for example, to immerse oneself in work, to master a new skill, to have a pet and to at least temporarily switch from the topic of pregnancy. In addition, some couples who want to conceive a baby, are actively trying too often (every day or even several times a day), whereas abstinence for one or two days increases the concentration of active sperm and increases the chance of pregnancy. If you're on a diet, hard exercise and actively losing weight, it may adversely affect the ability to conceive. It is time to forget about strict food restrictions, because to prepare for pregnancy the body needs various nutrients, vitamins and minerals. Also problems with conception occur in those women who are often in stressful situations. Nervous shock detrimental effect on germ cells and even inhibit ovulation. So if you want soon to become a mother, try to minimize the amount of stress in your life (if nervous work find another, try to stay calm and remember that this depends very much). If you smoke – throw, or at least try to reduce the number of cigarettes to a minimum, because this bad habit has an adverse impact both on the ability to conceive a baby and on future pregnancy.And, of course, pregnancy may not occur because of health problems. It can be as problems in the reproductive system (female or male) and hormonal disturbances, disruption of thyroid and other internal organs. Also, conception may not occur because of incompatibility between the partners (when the female body destroys the sperm as a foreign body). So if you can't get pregnant within a year and a half, it is necessary to pass a comprehensive examination, the results of which will be clear, you need to take in order to be able to finally see two cherished strips on the test.
Is the advice useful?
See also
Присоединяйтесь к нам
New advices