A serious problem in a developed society was the inability of many couples to have children. It is considered that in the case of the inability to conceive offspring mostly blame the woman, but many years of observation of childless couples has shown that there is a male factor. Thus, diseases that prevent the conception of a long-awaited baby, and the lack of the one and the other. 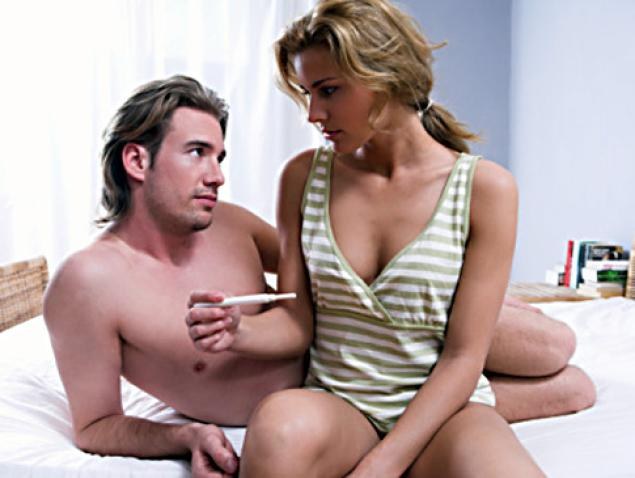 Related articles:
Instruction
1
Be surveyed to identify gynecological diseases. In the presence of a regular sexual life and absence of protection in normal healthy couples pregnancy occurs during the period three to six months. If during the year the long-awaited conception does not occur, then you will need a survey of the female half by a gynecologist for the presence of diseases such as endometriosis, fibroids, fibroids, polycystic ovaries, blocked tubes and other gynecological illnesses.
2
Get tested for sexually transmitted infections. To prevent conception, but too late to affect vynashivalas of the fruit can available to partners of untreated infections: chlamydia, ureaplasmosis, genital herpes, syphilis, mycoplasmosis. Most of these infections, about forty. The majority of infections are totally asymptomatic, and partners may not even suspect the existence of such disease. Upon detection of the disease at least one of the spouses need to be treated to both!
3
Be sure to get care with a specialist in male infertility. The causes of the inability of a man to become the father of a great multitude. Men have quite often there are various disorders of spermatogenesis. The number of sperm in semen may be negligible or their mobility is significantly reduced, or sperm, for whatever reason, are not produced at all. Very common problem is the obstruction of ejaculatory flows. This disease can be caused by trauma to the genital or chronic infection. In any case, the man in the couple, wanting to have a child, examination and treatment should be no less than the woman.
4
Visit the endocrinologist to identify the hormonal diseases that prevent conception. Examined must both partners. Endocrine disorders that affect the ability to have offspring, well enough. The ability to conceive may be affected by the presence of diabetes among partners, increase or, conversely, a decrease in the level of certain hormones, thyroid disease, obesity. Any of these diseases should be treated mandatory. If the disease can't be completely cured, it is possible to receive support drugs on prescription to restore fertility.
5
If the family have any of the partners has a nicotine, alcohol or drug addiction, these factors can also affect the ability to have children. Consult a doctor-narcologist in the event of failure to get rid of these bad habits.
Is the advice useful?
See also
Присоединяйтесь к нам
New advices