How to get yourself to quit drinking

Force yourself to quit drinking – not an easy task. But if you really want to do it, so you realized the most important thing: his illness and the necessity of getting rid of it. Now you only have to collect will in a fist and for all to quit drinking. 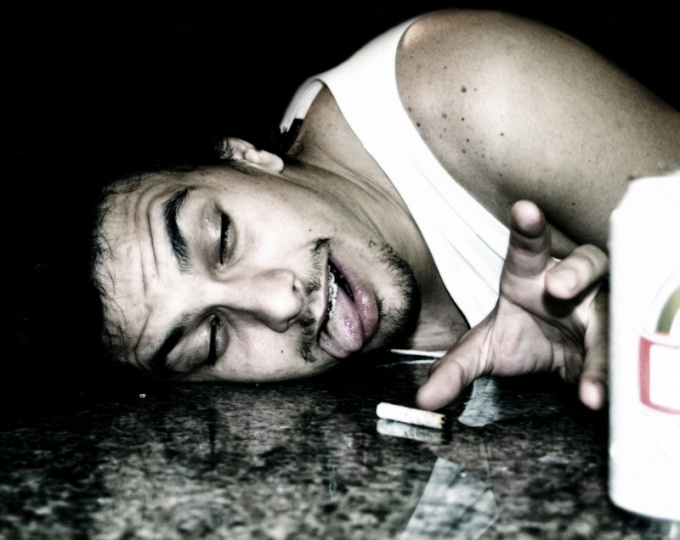 Related articles:
Instruction
1
Your desire to get rid of alcoholism must be based on the fact that you are doing it primarily for yourself. Let this motivation and looks selfish, but it is correct. If you tie with alcohol solely for the sake of someone, even the closest people, it is likely that there will be relapses. But when you want to quit drinking for yourself, you will feed a huge inner desire to really do that.
2
A great helper in the fight against drinking is a sport. Regular exercise helps to get rid of any kind of stress, including accompanying refusal of alcohol. Purchase a subscription to the nearest gym and after a few sessions you will feel a pleasant relaxation and satisfaction through enhanced production of endorphins.
3
Create for yourself a reward system. For example, reward yourself with something a whole month of sobriety. Then set yourself a new goal – not to drink for 3 months. After each goal is achieved, more prolong and significance of awards.
4
Drunkenness is sure to accompany the communication process only in those companies which are going to drink. Not to be subject once again to the temptation, get yourself another company, which includes people who prefer a sober lifestyle. If you can't find such people in your town, look for like-minded people on the Internet. For example, communities of non-drinkers in social networks.
5
Invaluable assistance in the struggle with alcoholism ready to help people who themselves passed through a similar. Begin to attend alcoholics anonymous, where you will support.
6
Try folk remedies that reduce the craving for alcohol. For example, brew a Cup of boiling water 1 tablespoon of dry herb consisting of equal parts of wormwood and centaury. Drink 1 tablespoon of infusion before each meal.
Note
The problem is that to get to quit drinking, which he doesn't want to do that, not possible. The main task of relatives and friends of the drinker, in this case — understand to understand the psychological motives that push him into the arms of "green snake." After all, nothing just happens, something had to be the reason that a sober person has fallen to the level of the animal.
Useful advice
How to get a man to stop drinking? Force is not really a good word in this situation. We need to make sure that the man himself wanted to get rid of the physiological craving for alcohol. Drinker does not live in the present, and he must have his reasons. And around this time not because of a belief in the need to stop drinking treatment for alcoholism. How to make quit drinking loved one?
Is the advice useful?
See also
Подписывайтесь на наш канал