How to prune old Apple trees

If you got the old garden, Apple trees which are not fruit and young growths of branches no, do not rush to cut down trees. It will take some time until you grow new fruit trees. Try strong pruning to rejuvenate old Apple trees. This will not only greatly improve the health of trees, but also will promote the regular good fruiting. 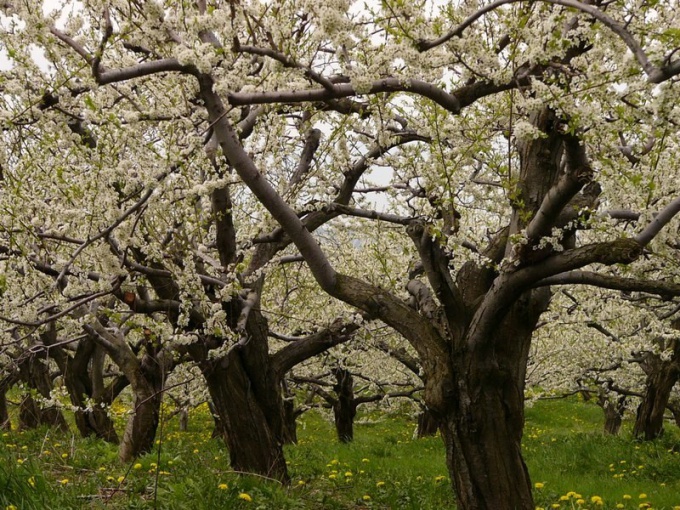 Related articles:
You will need
Instruction
1
Carefully inspect the trees in the garden. Select only healthy rejuvenating pruning Apple trees. Save trees affected by cancer, with a deep trunk damage and crown break apart. While drying and bare branches – not a reason to get rid of the tree, because it is not a disease, and the signs of aging. Leave those Apple trees, fruit quality which you like. Also take note of the trees that can be perepravit.
2
Start pruning in the dormant period of plants in early spring. At this time the crown is clearly visible and the gardener easier to work with. Prepare the pruning tools: pruning shears, saws, a ladder.
3
Start by removing large branches. First, cut out all dead branches. It is better to cut the "ring" (the trunk). You need to lighten the crown. To do this, get rid of interlacing, broken or improperly growing shoots (directed into the crown). Observe the rule: it is better to remove two or three large branches than to cut a lot smaller.
4
Carefully inspect the tree and select the major skeletal branches. "Raise the crown" Apple – remove all drooping branches, so that between the soil and the bottom surface of the crown remained a height of not less than 80-100 cm Cut in accordance with the rule of subordination: basic bitches needs to be longer than its ramifications. If the tree is very old, then cut two thirds of the length of the branches. Remember that in this case you will have to create a new crown from volchkovich shoots.
5
Reduce the crown of an old tree. As a result, his height will decrease on the meter. To do this, remove the top part of a trunk with big branches. Top branches cut off above the side branches growing outward.
6
Align ragged slices with a knife and apply a thin layer of garden var. Remove the trimmed branches. Well take care of Apple trees undergoing severe pruning. Time to conduct activities to protect against pests, keep the soil around the trunk free from weeds.
7
Often at the base of old skeletal branches formed a strongly growing young shoots – tops. A poorly positioned and weak cut "to ring", and the remaining pruning form new skeletal branches.
Useful advice
During the summer watch for the shoots of renewal, emerging near a major drunk. Do not allow the growth of branches of competitors. Observe the young shoots, in time to cut away all weak and thickening.
Is the advice useful?
See also
Подписывайтесь на наш канал