How to restore memory in humans

From a scientific point of view, memory is the basic function of the brain. According to the academician N. P. Bechtereva, memory is good, the retention and reproduction of information. The main cause of memory loss is the defeat of certain areas of the brain due to vascular diseases. Also, the negative impact of the brain injury, infectious diseases, alcohol abuse, thyroid disease. 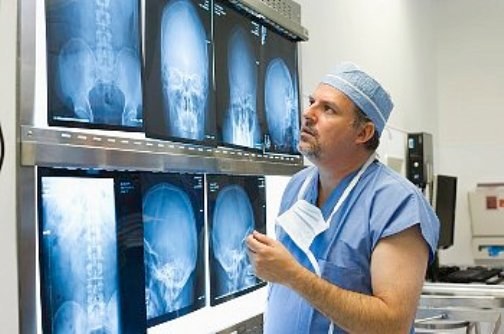 Related articles:
You will need
Instruction
1
Noticing that the memoryof Yu regularly have problems, pass the necessary examination, and start appropriate treatment. There is a group of medicines that slow down the progression of the disease and improves memory status. These include "Reminyl", "Exelon", which let even in the form of stickers. The drug "Semax" is available in the form of drops, bury in the nose.
2
Often doctors prescribe drugs that are used for the treatment of Alzheimer's disease "Memantine", "Gliatilin" and "Cerebrolysin", "Encephabol", "Piracetam". At the initial stage of the disease helps the "Glycine", "Cavinton", "Mexidol".
3
It is impossible to hope only for medicines. You will need to train the memory. The constant work of the brain includes the dormant nerve cells, which the human the tens of billions.
4
Start with poems and songs – rhythm, musicality, emotion, contribute to the process of remembering. First, remember the poems and songs of childhood, adolescence and youth. Then go on to learning new that previously you were known and liked, but by heart you didn't know them. The next stage is learning completely new material.
5
In the company of friends or family complete the following exercise. Take a few items, place them and, having considered the sequence of their location, close. Repeat on thememorythat lies as lies. Starting with 4 items, bring the amount down to 10 pieces and more.
6
Read and retell the text read. If desired, engage in the study of foreign languages is an excellent memory training.
7
Include in your diet chocolate, grated carrots with raisins and sour cream, grated horseradish (a teaspoon a day), walnuts, chocolate. Also has a beneficial effect on brain foods such as baked potatoes and apples, cheese, seaweed, cheese, seeds, dried fruit and bananas.
8
Traditional medicine for memory loss recommends eating in the spring of young pine buds – 5-7 pieces a day. You can cook them in the broth. Pour a tablespoon of buds 2 cups of water and boiling for 10 minutes, cool and strain. Drink 2 tablespoons 3 times a day before meals.
9
Take within one month a decoction of the bark of mountain ash, with sosudosuzhivayuschim and holesterinovmi effect. Tablespoon powdered bark of mountain ash pour a Cup of water and simmer for 10 minutes. Insisting 5-6 hours, filter. Drink a tablespoon of broth 3 times a day.
10
Walk at least 1.5-2 hours a day. Without oxygen is the death of brain cells.
11
A good night's sleep – only during sleep the brain gets proper rest. Dispense with hypnotics, their action destroys the memory.
Note
Memory loss is evidence of the process of progressive brain atrophy.
Is the advice useful?
Присоединяйтесь к нам
New advices