How to read tire sizes

The inscription on the side of any tire are full of information about the tire. Knowing how to decipher these inscriptions, it is possible to obtain all the characteristics of rubber and find out whether it is suitable to a certain type of car or type of disc. There are metric how to specify tyre size and the so-called English. 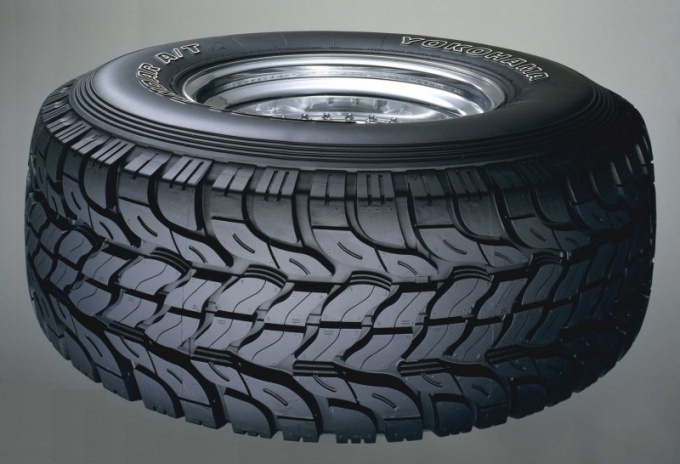 Related articles:
Instruction
1
Carefully inspect the sidewall of the tyre. Look for her label of species 165/70R13 (tire VAZ-2106). Figures may vary depending on the dimension of rubber, but, as a rule, the label has just such an idea. The first digit (165) indicates the section width in millimeters. The second number (70), third the stroke / indicates the height of the profile as a percentage of its width (the first digit). The letter R signifies the type of tyre (radial). The next number after the letter R shows the diameter of the tyre in inches. 1 inch = 25.4 mm. rim diameter tyres shall be equal to the diameter of the disk.
2
The designation of cross-ply tires, which had widespread until the early 80-ies of the last century, has the form 8,10-15. The first digit represents the section width in inches, and the second is the diameter of the tire, also in inches. The height of the profile not specified, but most often is equal to 80% of its width. In addition, occasionally found the same designation, expressed in millimeters. For example, 205-380. The numbers are rounded to the nearest five or zero.
3
The English system the dimensions of the tires most often found on tires designed for tuning SUV, ATV tire, truck terrain. Has the form 25х8-12 (tire for ATV). The first digit represents the overall diameter of the mounted and inflated to recommended tyre pressure. The second number that comes always after the cross, means the total width of the profile. The third is the diameter, which should be equal to the diameter of the disk. In the domestic truck ATV size tire are also described, but instead used inches millimeters. Occasionally found other references of this size, for example 25х8R12. Numbers their meaning thus preserve.
4
Before the digital designation tire size can include the letters P or LT. The letter P indicates that the tire is intended for passenger cars, the letter LT for light trucks. In the United States for light trucks include SUVs, pickups and vans. Letter, size after standing at some distance indicates the speed index of the tyre, i.e. the maximum speed at which it is designed. In addition, radial tyres with metric designation dimensions often the speed is indicated before the letter R.
Is the advice useful?
See also
Присоединяйтесь к нам
New advices