How to learn to play the DUDUK

DUDUK is an old Armenian woodwind reed instrument, sad and tender melodies which accompany the history of this small nation. UNESCO declared the music of the DUDUK intangible cultural heritage of humanity, but to play, it would seem that such a simple tool can not everyone. 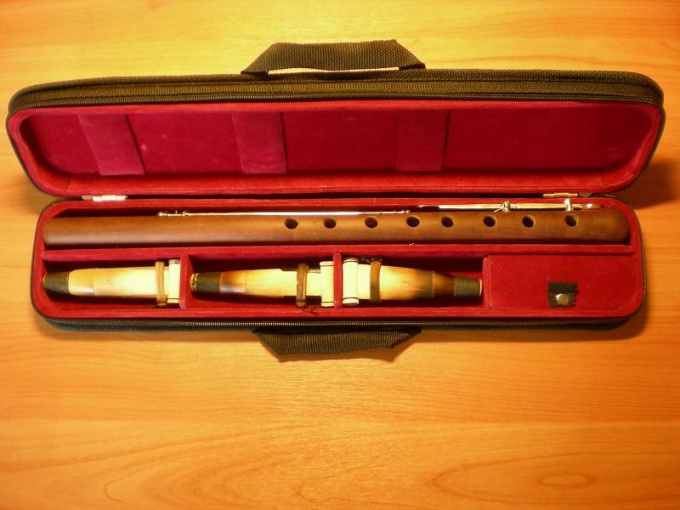 Related articles:
Instruction
1
The DUDUK is a tube and stick, removable double tongue of cane. Air under pressure is supplied between the two plates of the cane, which, vibrating, form a soft sound. On the front surface of the DUDUK has eight holes on the back of one. Alternately closing and opening the holes with your fingers, dudukist achieve of tones of different height. Low note is obtained by playing with all holes closed. On the cane usually has a cap and tone control, automatic air clamp.
2
Before playing the DUDUK remove the cap and soak the end of the stick to he revealed. To do this, hold the cane in your hand and breathe on it for a while. Or moisten it with saliva (lick) but not too heavily. The cane needs to open up half a millimeter. During the game, the cane reveals stronger then clamp govern its disclosure. Sometimes dudukists have to change sticks during a game, because they are very open.
3
Take in the mouth cone of the cane at a distance of 4-5 mm from the cut and clamp his lips. Inflate the cheeks so that the lips did not touch the gums and slowly blow into the cane before she gently vibrates. In the art of playing the DUDUK is more important than the flow of air much needed momentum to vibrate the reeds of the cane. Do not blow strongly, otherwise, it's a sharp screeching sound.
4
First lessons on the DUDUK spend without holding down holes. This is the highest the sound of the instrument. Please note that a small change in the pressure of the lips on the cane leads to a change in the sound, lowering and raising sounds. You need to get a very clean sound of the DUDUK.
5
The most useful thing to start learning to play the DUDUK, as any instrument, playing scales. On the DUDUK playing scales on top. So for the beginner DUDUK players easier. So, feeding air into the reed, hold the upper phalanx of the index finger of the left hand first, closest hole on the tube duduki. The sound will be lowered by one tone. Sandwiched next, the second hole will give the lowering of the sound of the tone, etc. once you have Mastered the range, you can play arpeggios and simple melodies.
Note
Real DUDUK masters is made only from apricot trees growing in Armenia. It gives such a resonance, which allows to extract from the tool unforgettably warm sound. Handmade DUDUK can be set individually. Famous master Dubkov put on the tool, its stamp, by which to distinguish their product.
Is the advice useful?
See also
Подписывайтесь на наш канал