Knowledge of English has become almost mandatory, not only for business or career, it is difficult to find a person who can not tie a couple of words in the language of Shakespeare. For study and travelling, socializing and watching your favorite movies in original reasons to learn English mass. It's more complicated with a second language. 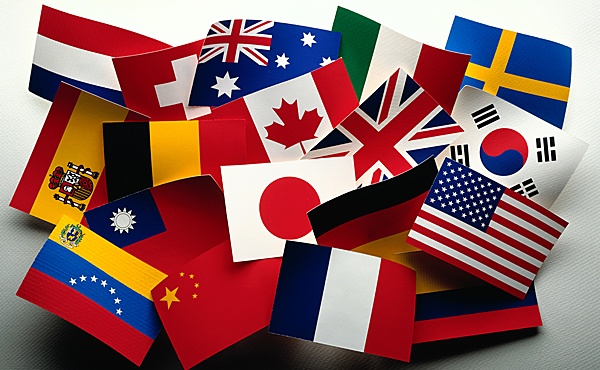 Many choose to master Spanish or French and it is justified. Languages common, having basic English to learn them is easy, and in summary to add another line, making you head and shoulders above many. However, there is another way to increase your standard of living to unprecedented heights – to learn a rare language. Professionals who know how to write a business proposal in Arabic or in Hindi, employers are looking for "day of fire". If you have minimal linguistic abilities, some free time and a considerable percentage of the homeless, please note the languages that are gradually conquering the world.

Chinese. First place in the ranking. China is conquering the world in all areas – industry, Finance, medicine, agriculture. Hard to find a sector where the Chinese do not do business. They are everywhere and they must be able to communicate. From the very beginning you have to understand that to know the Chinese language at a high level European can only after years of daily training, and better with immersion. For learning Chinese requires in average two times more time than learning any European language. But for settling a simple speaking is plenty to do throughout the year at high intensity, that is, have to work every day. In order to learn to read simple texts is not enough to know more than thousands of characters. To study this language does not make sense, it is necessary to have lessons with a native speaker. Here it is important that your teacher had a good command of the country's official language – Mandarin. In China there are over a thousand dialects and need to study only what is clear to everyone.

Arab. It is spoken by 240 million people around the world. It is not as complicated to study as other Oriental languages. Arabic language is logical, has only three tenses (present, past and future), the words read as well as written, and phrases are constructed according to certain rules, in which there are no exceptions. Many are afraid of the Arabic script and the need to write from right to left. But the Arabic script is connected only 28 letters, and to read and write "on the contrary" is usually used in 5-10 sessions. That would start to communicate at the household level, enough vocabulary to 2000 words, still the same need to explore special topics, e.g. financial. When the daily sessions bearable to speak and read you will begin in six months.

Italian. The easiest to learn, especially easy if you study the second after English. Many Italian companies have branches in Eastern Europe. Architecture, design, fashion, and Finance – in these sectors the share of cooperation with Italian companies is traditionally high. Even if the job descriptions do not specify requirement for language proficiency, it will still be needed in the process, everyone who cooperates with Italian companies.