In Avataria to win in races on the machines and sarfah

Racing serff or car can bring an extra silver, but it is only in case of winning. If win does not succeed, then you will lose some energy, so it is not surprising that to be a loser doesn't want to. When composing tactics, you can rely on their intuition and try to match all the previous as their combination and the combination of adversaries. 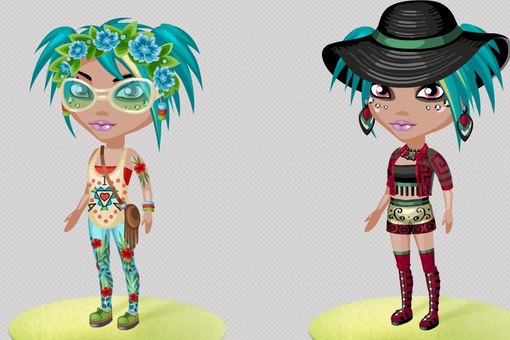 In Avataria to win in races on the machines

Racing cars is a very popular sport in the game. To participate you must first purchase a car and place it in your home. Continue to offer one of the players to make the race (it is enough to click on the character and select "race"). Don't forget that "ride" in the game can offer and your avatar, you can either agree or refuse. Remember that the race requires energy (30 units), it can be purchased at the canyon for gold.

So, once your call "race" will be accepted for 90 seconds place the objects to the opponent so that he was unable to guess your combination (at the same time, the opponent also puts a combination for you). Next, arrange the combination for themselves (guess what, you cook your opponent). Wins the one who guesses more combinations and, accordingly, will score more points for the right answer you are awarded 25 points penalty - deduct 5). The winner get 10 points of energy and 125 silver.

For yourself, make the combination so that "UFO" was between either two "catch" or two "maneuver". Example: maneuver - maneuver - catch - UFO - catch.

In Avataria win in the race for serff

The principle serff racing similar to racing cars. That is, you also need to offer the players a ride on serff, and with the consent of the one to create a combination for him and try to guess which combinations will be the enemy for you. It is believed that the most successful are the combinations for the opponent and for yourself, where tactics are repeated twice. For example, to the opponent, you can make a bonus - bonus - barrier - barrier portal, and for yourself - to catch - catch - Dodge - Dodge - portal.