The secrets to successful business what should be the annual report of the company?

Annual report (hereinafter: CP) organization irrespective of the scale of the business is the main instrument of financial communication. The content, volume and clearance in some countries, for example, in the UK, actively discussed by the public, and such documents even arranged competitions. To prepare and issue such GO go teen money, and they are often in huge numbers. 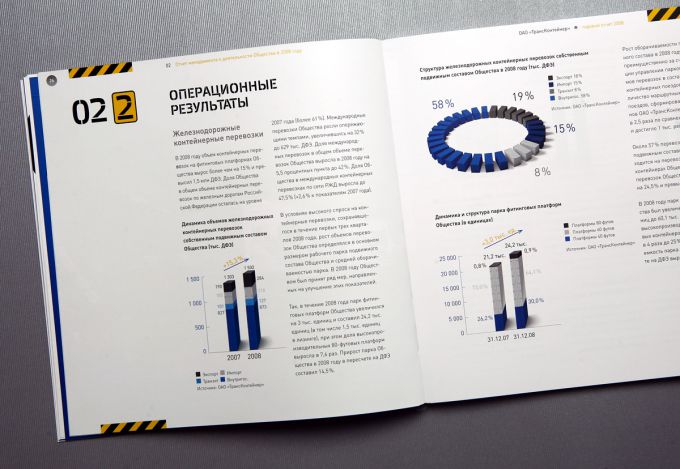 TH is a formal financial otchetnosti. Every year TH sent to shareholders. GO prepared as businesses and non-profit. On this document it is possible to judge about activity of the company for the year estimated its position at the year ahead, you can see its current status and prospects.

• generalized description of the industry in which the organization participates;

• analysis of the financial condition of the business and the results dostignutom during the two previous years;

• a description of the organization's activities over the past year;

• information about the different business segments of the company;

• market value of shares and dividends.

This is an example of the minimum. Such a document usually only fit in a few pages. Of course, it costs a bit (except in rare cases). It can be compared with the photocopy of the document. Organizations that comprise these reports, pursue the same goal as the simple satisfaction of legal requirements.

Many companies consider as effective and reliable marketing tools that help spread their views on the fate of their business. In other words, many medium and large companies deduct a lot of money on records that really are attractive and informative. This kind of GO can be considered a forum through which the company expresses its respect, influence, preaching outlines and discusses any number of issues and topics.

An open "Letter to shareholders" often sets the tone of the reports of the public companies. In these letters attention usually focuses on such aspects as results of the past year, initiatives of the company and its strategy, market conditions, significant business events, new managers and Directors. This document is signed by the Chairman of the Board of Directors. Can the company's President or its chief operating officer.

Some of these letters can contain a dozen or more pages and include photos of the Director General in various poses.

More often, however, these letters are significantly shorter, at just 3000 words or less.

TH is often used as a tool for promoting topics, or concepts, supported by the leadership of the organization (marketing significant figures). In this case, you might encounter phrases like "ready for the realities of the future" or "meeting the needs of century of IT-technologies". Among other things, in TH sometimes include individual events or economic conditions that occurred in the current year.

There are companies that in reports prescribe different milestones and anniversaries, showing the audience their success, emphasizing their reliability and quality. Other organizations are large and multilateral reports in a proven format that they use every year with minor changes usually update the data.

In any case, the best GO is the one which clearly defines the strategy used to profitable growth and set up the organization in a favorable light.