Taxes paid by all. But each enterprise, depending on the form of ownership, the state makes its own requirements for submission of reports. Let's see what reports will need to pass OOO. 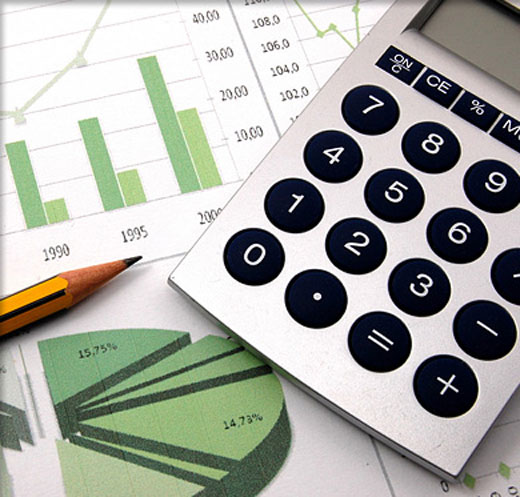 Related articles:
Instruction
1
Beginners who only recently opened his own company, always interested in the question: what reports deals LLC. The tax system can be a common and simplified.

Quarterly statements of such organizations consists of the following documents:
1. VAT Declaration
2.The Declaration for the profit tax
3. And if you have some property, the tax Declaration on the property, the balance sheet, the report on losses and income.
The organization also reports if there are any objects of taxation: land tax, taxes on resource extraction and so on.

When the annual accounts are dealt: the tax Declaration on the property. Annual report the financial statements consists of the following documents: the report on profits and losses, report of changes in equity and cash flows, and if year was targeted funding, it is necessary to add the report on target use of funds.

Tax on surrender of the certificate for the tax on the income of individuals, which were held during the year and was listed with payments to employees of the organization. Also, the organization is required to report on the average number of employees.
3
Simplified tax system

IE (individual entrepreneurs) pay tax on the simplified system of taxation, but do not pay the income tax on individuals.

Quarterly reports to the tax inspection organization with the ONS do not pass. Paid and calculated advance payment for the tax of the simplified tax system. If the firm has employees, individual entrepreneurs rent payroll contributions (if the employer is registered in the Pension and Insurance funds).

An individual entrepreneur shall report 1 time a year, and if you have employees 1 time per quarter as the employer.

In tax inspection the organization delivers annual accounts: tax returns, statement of profit and loss. Tax on surrender of the certificate for the tax on the income of individuals, which is kept throughout the year and was credited with payments to the employees of the organization. Also, the organization is required to report on the average number of employees. In the Insurance and Pension funds reports shall be according to the same principle as the quarterly reports.
4
How to pay taxes and report?

Before each entrepreneur raises the question about the reporting in tax inspection. The report consists of approved returns. To communicate with the tax authorities you can in two ways:

To contact various legal organizations which will provide you with expert assistance and will ensure that reports were timely, and was properly filled. It will be important to turn to a trusted company
You can handle his finances independently and to pass their accounts in the tax office.
In addition to the General and simplified tax system, there are still tax system:

system single tax on imputed income,
ESNH (taxation system for agricultural producers), the implementation of the agreement on the division of food production.
Under a system of taxation on imputed income: before the 20th day of each quarter of a tax return organizations that are working on the unified tax system.

When working with a system of taxation for agricultural producers, the entrepreneur submits the tax Declaration (until the 25th day after the end of the semester) to ESNH. In addition, the company maintains tax accounting, she is also a full accounting, which includes a specific list of documents. Individual entrepreneurs (IE) the Federal law exempts from the accounting. The property of these entrepreneurs is conducted according to the rules and regulations of the tax legislation.
5
How to submit reports to the tax office?

It is important to know not only which reports must pass, OOO, but how to do it. You have the right to file reports with the tax office the following ways:

Through either your personal representative, either personally; or by mail (but excluding the value added tax if it is not zero)
The reports can be send via mail or Internet (in these cases the transfer is carried out through a specialized operator).

If you passed the Declaration through the Internet, you should receive an acknowledgement of receipt. The day of submission of the Declaration to the tax authority will be considered the date of sending.
Is the advice useful?
See also
Подписывайтесь на наш канал