7 behaviors of a Manager that should be avoided

The number one reason to leave the company employees is a bad management. And the majority of those who ever in these conditions may agree with this statement. From the behaviour of the Manager really depends on many things. 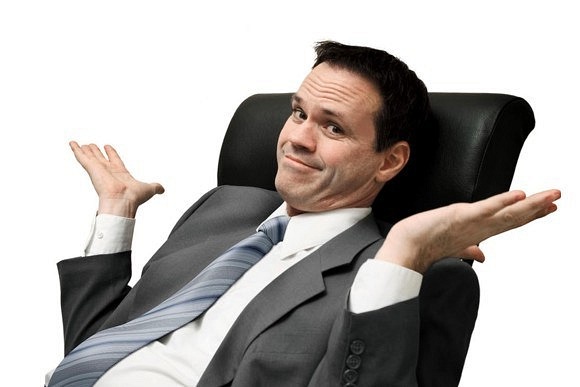 Based on the experience of many subordinates, drawn up seven key behaviors that trigger a great desire to have employees leave their jobs:

2. Not paying attention to inefficient workers

Careless players in the team can de-motivate good and great performers. They will influence the work of other in team as well as the overall success of the team. The longer the Manager will wait to solve the problem of bad performance, the higher the risk of losing the best employees.

3. The presence of irregular meetings

When managers make a choice in favor of to have regular meetings with the team, they send a signal that the relationship between team members is not important. And when the team exchanged information on a regular basis, it is likely that its members are not included in key decisions, reports on the progress of work and training each other.

4. Rejecting the opinions and ideas of others

Nobody likes a know-how is everything", and when the Manager dismisses the ideas of others, the message is sent that he or she is smarter than the other team. Over time, people will stop sharing their ideas and innovations will be closed. In the end, a Manager will lose their competitiveness.

The Manager believes that there is only one way to accomplish the task, and that make all the decisions himself alone. People may then turn to the leader to report. Ultimately, a Manager will show others that don't trust others judgment. Many will begin to rely on the Manager for all decisions, and following what will follow is what the Manager will do all the work for his team by himself.

6. The display of arrogance

Just the fact that the person is a Manager, does not make him a king (or Queen). Can the Manager just to negotiate with his subordinates? Or, in contrast, employees are always "those that make mistakes"? Arrogance can manifest in the form of being late to meetings and wasting time on other people. Effect bottom line: arrogance shows a lack of respect for other people.

As a Manager, first and foremost the job of a Manager is to get the job done, thanks to the efforts of other people, and that means he needs to delegate. Many managers in the novice faced with the challenge of this responsibility, whether through planning or in real-time.

Some managers really see how delegating is risky. And the reluctance to delegate is often driven by fear: fear of losing control, losing their reputation as "expert", or have to face the unknown. Remember that delegation is much more than the transfer of the task or decision; it requires understanding who to delegate; how much information should be shared; and how often, to monitor progress and status of the person.

The tips is quite simple. There should be a plan on how to change your behavior as a Manager, to avoid the risk of losing top performers.