How to take a screenshot of your computer screen or laptop

To share with friends or colleagues what is happening on your computer screen, or contact technical support for clarification of the problem, or just capture the memory with another win in his favorite computer game, users often make so-called screenshot of the screen (from the English. – screenshot). In fact, a screenshot is an image of the picture on the screen. To make a screenshot in several ways. 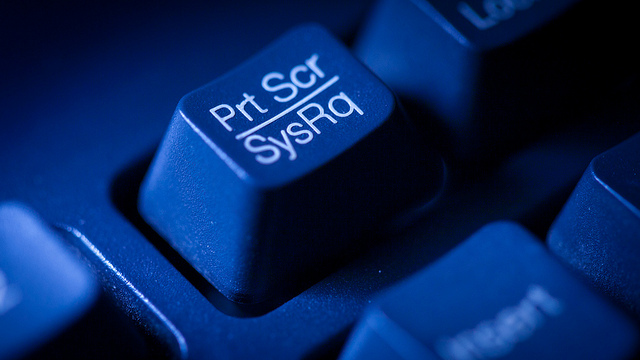 How to take a screenshot in Windows

Those who photographed the screen of your computer occasionally from time to time, to grab a screenshot use the Print Screen button or PrtScr, which is in the upper register of the keyboard. After pressing the Print Screen the screen image is automatically saved in the computer's memory, and retrieve it from there. You can use any program that works with images, such as utility Paint. To take a screenshot using this program is very simple:

- the screen at bottom left, locate the "start"button;

- in the toolbar in Paint select "edit" - "Paste", you can also use the "Insert"button.

In just a few clicks and a picture of the finished screen. It should now save as file: "File - Save as - OK. To take a screenshot this way in any version of Windows.

How to take a screenshot in Windows Vista or Windows 7

Windows Vista or Windows 7 include a special utility "Scissors", which helps to make, save and edit a screenshot. To open it, click "start" and go towards "Programs" - "Accessories" - "Scissors" or "Shipping Tool". Appears on the screen of the active window and the cursor changes from "arrow" on the "plus" sign. To take a screenshot of the entire screen, swipe it to the contours with the cursor, hold the left mouse button if you want to photograph a small fragment of his circle. Releasing the mouse button, you will see that the cut and moved into the program window, we can only save it to the computer in the standard way: File - "Save as..".

Special programs not only help to make a screenshot, but edit it to make necessary changes. Thus the user's convenience lies in the fact that most of these utilities do not require installation. For example, the program Screeshot Maker allows you to make screenshots of your entire screen or part of a photo fast, has many features that you can adjust the quality and save the screenshot in different formats. The program can be downloaded from the Internet, save it to your computer or flash drive and, if necessary, just to open it for screenshots.

Floomby – a very handy utility for active users of the Internet that create screenshots in order to upload them to social networks, blogs and forums. A screenshot made with the help of this program, not stored in the memory of your computer, and instantly "gets" the Internet, after that you can place it as a snapshot and link to it in blog, forum or social network.

Screenshot Hot Key is the favorite and popular program for creating screenshots from fans of computer games. It should not be installed, but in order to take a screenshot, you need only press a single key, which you assign yourself. The snapshot is saved in the computer in a subfolder pic. In the same folder as the program itself.