How to care for grapes in the summer

Caring for grapes in the summer is no less important than the rest of the season, because in this period the hive is gaining strength, which is so necessary for proper growth and maturity. You need time to water the plant to prevent it from drying, feed for active growth, pruning and remove side shoots and in a timely manner to spray the bushes to protect them from the disease. The implementation of these measures will guarantee a withdrawal of an abundant harvest and receive a strong and healthy Bush. 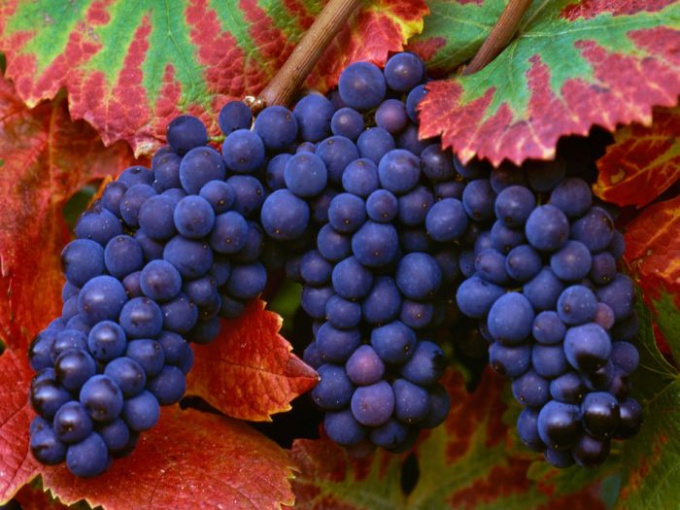 Caring for grapes in the summer mandatory includes watering and fertilizing plantings, however, to approach this process follows individually, depending on the grape variety, soil and climatic characteristics of the region in which it grows.

The main summer periods when irrigation of grapes required, are:

- 2 weeks before flowering (second half of may);

- the period after flowering of the plant when the berry starts to tie the first half of June);

- growth phase of the bunch and ripening of berries (second half of July).

Not recommended for watering shrubs during their flowering, as this will lead to shedding of flowers and ovaries. Also don't water the grapes during ripening and directly before harvest, as the final period of ripening is delayed, and berry bursts from excessive moisture.

To care for grapes in the summer was effective, the plant must be periodically fed, and do it in two ways – root and foliar.

Root fertilizing is carried out together with irrigation and fertilizer contribute the following:

- at the beginning of flowering: water solution for irrigation 1 Bush, consisting of 10 l of water, 10 g of ammonium nitrate, 20 g of superphosphate and 5 g of potassium salt;

- 2 weeks prior to ripening berries: the same solution, but without ammonium nitrate;

- after harvest: potash fertilizers to increase the resistance of plants during the winter.

Foliar feeding involves spraying the sheet and is produced regardless of fertilizer the root system. Phase spraying coincide with periods of root feeding. For fertilizers solutions containing trace elements, and micro and mikroudobreny, which range in selling is quite large.

To a solution of trace elements is better absorbed in the sheet, you can add a top dressing of 3 tbsp of sugar in 1 bucket.

In the third week of June in order to key nutrients as reported to the bunches, podonosma the vine is pruned, primitiva her. To do this, from the second cluster counts 5-6 leaves and after Cirrus pinch the top branches.

To care for grapes in the summer was correct, you need the nipping (pruning) of the grapes to produce annually. This is due to the fact that the average length of the vines is from 4 to 6 meters, and it must be fed. To on the Bush to fully developed bunch, not a run of this length, it is shortened, with the result that nutrients are evenly distributed throughout the system, the plants, the berries become sweeter, and the crop Matures early.

In mid-June, the vine is noted intensive growth of shoots of the second order laterals. For growth and requires large amounts of nutrients, and often for more shoots overtake in growth of the main protonotary vine. As a result, the supply deficit for bunches and berries are small and savory.

Ensure correct summer caring for the grapes by removing the laterals in the period from late June to late August. With regular care of the Bush stepchildren plucking still in the nascent stage. But if the additional escape has already begun active growth, it is cut after the first sheet, with the sole condition that the bushes are planted rarely. Otherwise, avoid of density of grapes the shoots broke down completely.

During the final ripening of the berries, when they acquire a distinctive variety of color, there should be a clarification of the grapes. For black grape varieties, this mid-August, pink – late August and late white varieties – beginning of September. To do this, remove all foliage that shades the grapes to the sun's rays to freely enter the berry.

Timely care for grapes in the summer will allow you to obtain a positive result in the form of abundant crops, and healthy established hive, ready for winter and fruiting in the following year.