How to trim grapes in the summer and fall

The vines at the expense of their properties and the specific growth have a tendency to sprawl, which leads to the neglect of the vines and reduced crop quality. To avoid this, and the berries were large and tasty, the bushes are strong and healthy and formed, it is necessary to produce a crop of grapes, removing a section of old vines and a certain amount of young growth. 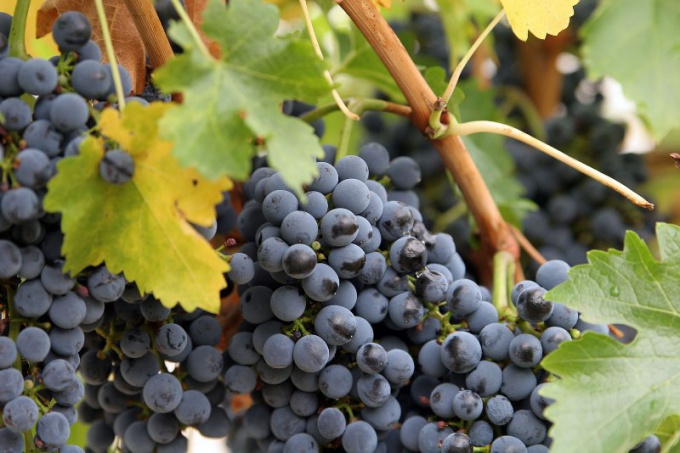 If we talk about ukryvnoy viticulture, it would be appropriate to prune the vines in the fall, that first of all allows you to completely cover the bushes for the upcoming winter. Moreover, in the spring, when the disclosure of the grapes, care of shrubs is greatly facilitated, and the yield will appreciate its abundance.

Not recommended for spring pruning of grapes, because in this period the plant can hardly survive the wounds from the cuts and may even get sick. Possible pruning of young seedlings that have not yet begun to bear fruit in early March at a steady temperature of +5°C.

Pruning grapes in the summer can not be called a trimmer in the conventional concept, because in this period the bushes pasankalla, minted, decimated by willamalane unnecessary branches. These activities are carried out prophylactically to prevent diseases, and to provide the necessary access to sunlight to the grapes that is necessary for their adequate aging.

In the summer months, knowing how to prune the vines, densely planted bushes you can further thin out the leaves to the grapes received sufficient oxygen, and they are better ventilated.

The autumn crop of grapes

Immediately after harvest, the grape vine is cleared of links that fruited this season, as well as cut sickly shoots, inhibiting the growth of a Bush. The main crop is two weeks after the leaves fell. The first frost is not terrible for the vines, and to some extent even useful for school, but when cutting a mark on the thermometer should not fall below values of -3°C. otherwise, the vines become brittle and will get damaged when the cover of the vineyard.

There are some differences in the method of pruning young seedlings and perennial Bush. Young seedlings are required each year to remove unwanted shoots and to shape the Bush by one of the schemes cropping. It is recommended to leave 3-8 branches, which grow out of the ground at an angle and, subsequently, will bear fruit.

To correctly prune the vines, fertile years, especially if it is running, will have to spend more effort and time. But to bring bushes in order to increase their yield can, which should do the following:

- in early September to remove years of the vine's young shoots, which reach half a meter in height from the ground;

- shoots located on vine with a height of 80 cm from the ground, cut 10% from all their length and to remove lateral shoots;

- in mid-October, you must select two of the most developed escape, which is located at a height of 80 cm from the ground;

the lower escape is located on the external part of the sleeve should be cut off, while leaving 3-4 buds for the further development of formed branches of substitution;

- escape above from the opposite side cut off, leaving 5-12 holes for the formation of the fruit of the arrow (the number of holes is equal to the diameter of the escape and a couple of extra holes left in case of freezing);

As a result, after pruning the grapes on the Bush should remain perennial powerful trunks, which grow perpendicular to the ground, and the vine with the kidneys, which next year will produce new shoots and to bear fruit.

To the slices better and faster overgrown, you need to prune the vines, pereza shoots from the other side, which is directed to the middle of the Bush. When sections from different sides SAP flow of the branch is broken, and the next year the number of harvests can be reduced. It is also necessary to monitor the quality of the cut, which should be smooth and not to stratify the vine.

After completing all of the activities on pruning grapes in autumn can provide a guarantee of a good harvest next year and to prevent the development of diseases of shrubs.