Something to occupy yourself on the train

An integral part of travel – the road. A short flight in the plane you can still go through, but what to do when free time is enough? When tired of empty talk or the battery on your mobile phone, please have a pen and notebook and get ready to train your logic and intelligence. 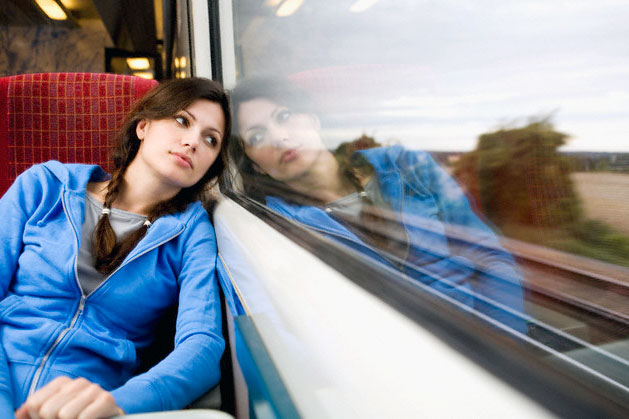 From popular table games the most popular three:

1. "Hangman". The required number of players: 2. One thinks of any word and draws the squares as in the game "Field of miracles": each square – letter word. Should call the area to which the word belongs to: food, plants, animals, professions, etc. you Can add a couple of specific characteristics. The other player must try to guess the word, alternately calling the letter. In response to each wrong letter make-a-word draws a part of the gallows. When completely drawn, the gallows and the man on it - guessing the word loses.

2. "Fun sticks". Take a notebook into the cell or draw on a white sheet box of squares with a pencil. Each player anywhere in the field encircles one line of the square pen or marker (all must be different colors). The game requires care. As soon as the line is closing (the last in this square, the player writes in a square the first letter of his name (or symbol, discussed in advance) and gets 5 points. When all field is filled, the winner is the one who has the most points.

3. "Naval battle". Players: 2. Each player on your sheet draws two squares with cells 12 to 13. Squares horizontally from the top are denoted by letters, squares vertically to the right numbers. One square is its own field, the other field of the enemy. In the field, the player has 10 ships: 4 single-deck (1 cell), 3 double-Decker (2 cells), 2 triple-Decker (3 cells) and 1 four-deck ship (4 cells). At the three-deck and four-deck ships of one deck may be located above or the side. Ships must not touch each other.

Each player in turn makes "the shot": refers to the alphanumeric location of the cell, which means fire, for example: "A6!". If the shot does not hit the target, the other player said, "Past" and both draw in the given cell point. In contact with the deck of the ship, a player says "Hit" and crosses out the deck ( and the shooter draws a cross in the square and the enemy can shoot again until you miss). When the ship is destroyed the player notifies "Killed." The winner is the one who first destroyed all the enemy ships.