How to care for the garden

Gardening season lasts 6-8 months. If you know how to care for these and other crops, at what time they require watering, tying, weeding, the work will be effective. Then we can get everything done in time to work results pleased. 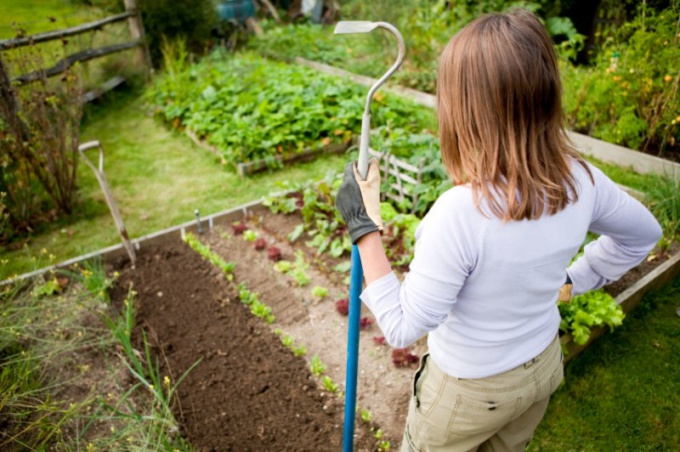 Related articles:
Instruction
1
Spring work in the garden starts early. It is important to have time to handle the bushes to kill lurking pests. Do it with folk remedies. In early April, before Bud break, heat the water. Let it boil. Pour it into iron lake. While you carry it to the bushes, the temperature will drop to +70+80oC. Pour on top of the bushes. It is important to do it in zero weather, the water on the branches is not frozen.
2
If the garden is planted with roses, in mid-April, remove them from the spruce branches, after a week of dry leaves and grass. Leave only the peat cover. At the end of April to remove part of the peat, leaving a layer of mulch in 7 see
3
At the end of April we will plant carrots, lettuce, dill, parsley, radishes. To care for the seedlings is quite simple. In a lot of moisture, so you can not yet watered, and every 5-7 days to carry out loosening between the rows. When the soil dries to a depth of 4 cm, produce watering, and the morning – loosening.
4
In the same way take care of the bow, which plant only in warm soil, in order to avoid strelkovanie, may 9-15.
5
By this time, has grown seedlings of cucumbers, tomatoes, peppers, eggplant. Drop her off in a warm greenhouse may 5-10, under the shelter of the film, lutrasil – not earlier than 15 August. Place one in each hole prepared for the plant, a teaspoon of complete fertilizer, and it – 2 handfuls of humus. Then the first 1,5 months the seedling will be provided with everything necessary, and feeding is not needed. Care of young plants will be watering every 4-5 days in overcast, and a day in hot weather and in richline.
6
When planting near tomato, pepper, eggplant stick in the ground stake and tie the plant. After 3 weeks, perform the hilling. The soil around the cucumber loosen very carefully, because the root system has a surface. The teeth of the chopper will drop no lower than 2 cm into the ground.
7
If you do not fill the holes when planting with organic matter and mineral fertilizers, then 2 weeks after transplanting, the plants feed the infusion of mullein, cooked in a ratio of 1:10. This fertilizer will feed the cabbage 3 weeks after transplanting, and also okucia her.
8
Potatoes okucia twice – 3 weeks after emergence and 20 days.
9
Don't forget to remove the tomatoes Stepsons, breaking off a hand or cutting them with scissors. Leave the "stump" 7 mm. At the beginning of July tie tall varieties of tomatoes with a rope to the top of the greenhouse. Cucumbers also need to be tied. Do it when they have 5 true leaves.
10
When vegetable crops bloom, spray them with a solution "Ovaries" to have been pollinated. Feed by adding the solution of mullein, a glass of ash and a tablespoon of superphosphate. For the prevention of late blight in late June and early August spray tomato plants with copper sulfate solution. By the end of July remove all the lower leaves until the first floral brushes, remove the brown fruit. Cucumber remove, not allowing them to grow.
11
In mid-August treat strawberries. Cut the dry leaves, the extra "whiskers". The rest transplanted to the new garden bed.
12
By the end of September remove the crop. Bushes of tomatoes, potatoes, cucumbers, pumpkins, zucchini, strawberry leaves will dry and burn. Residues from other crops lay in the compost. Dig the soil in the garden, without breaking the clods.
13
So the garden looked well maintained, periodically salivate the grass along the paths between the rows. Carry out weeding. If you do everything correctly and on time, the harvest will rejoice, and working outdoors will be a joy!
Is the advice useful?
Подписывайтесь на наш канал