How many times should you water potatoes during the vegetation period is a controversial issue. Other vegetables and root crops is clear. But the potato – it is in itself: and water – will continue to grow, and to water – will. 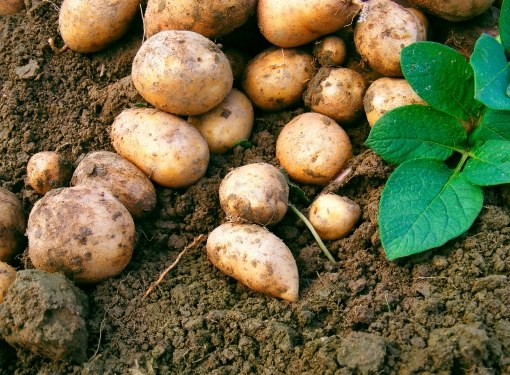 Related articles:
In fact, the potatoes need to be watered. To grow of course he will, but without abundant summer irrigation good harvest you will not wait. And before you start to take care of the potatoes, you need to put him away.

The ground for planting potatoes you need to prepare. This is best done, landed at the land green manure. Sow them in October, after harvest of the previous crop, or in March, to planting various garden plants. When the cover crops grow, they plowed into the ground, and then, in may, sow potatoes. And the first irrigation of potatoes required before sowing. To plant potatoes should be in moist earth. If the winter was snowy in the land remains at the time of planting of potatoes an adequate supply of moisture. But if snow was not enough, it is best to plant potatoes after a rain. So classic thunderstorms in early may – it's not just poetry, but also help nature in growing good crops of potatoes.

After the potatoes are planted correctly, you can start looking after him, one of the most important elements of which is irrigation. The soil around the potatoes should be maintained in a loose and not overly wet. But dry she shouldn't either. The roots of the potato to a greater extent than other vegetables needed air. In flooded soil, the tubers will suffocate and many parties have not formed. Where there is a risk of waterlogging, it is necessary to lay drainage. And in parched the thin soil, the young roots will die. You can again rely on rainfall. And you can, taking care of the crop in their hands, to water the potatoes. Especially during its flowering. During flowering the plant needs lots of moisture. At least the potatoes should be watered during the season three times – after shoots, after the formation of flower buds after flowering. But better yet two or three times to carry out watering during flowering advanced.

This plant is relatively drought tolerant. But if the potatoes begin to lack moisture, it will be signaled by the wilted leaves and drooping stems. In this case, potato plantation, take a deep watering so the soil is soaked by the amount of fertile soil, that is 20-25 centimeters. Also to water the potatoes is after fertilization. Then the potatoes would grow large, and with each plant it will be possible to collect a lot of root vegetables.
Is the advice useful?
See also
Присоединяйтесь к нам
New advices