How to deal with aphids on plum

Aphids - a pest that the taste of many horticultural crops, including plums. The attack of this insect can be noticed immediately after the appearance of the first leaves by mid-summer they weaken, but closer to the fall again resumed. 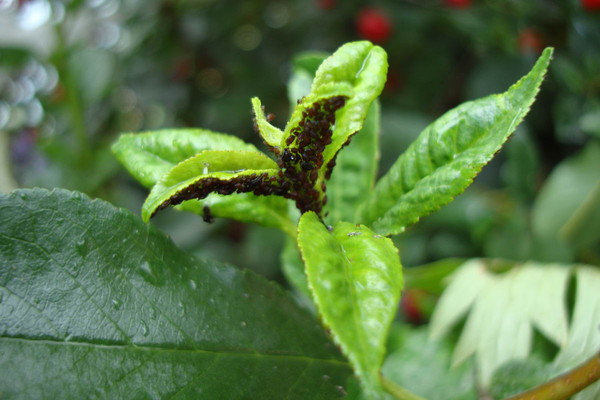 To combat such pests as aphids, you need to start as soon as you notice that the parasite attacks. To get rid these insects, you will only if you to the problem very seriously and will use methods of prevention and control comprehensively.

First, always be careful around trees, no weeds, and at their first appearance - remove.

Third, don't forget to feed garden plants. The fact that aphids like to settle on weak plants.

Fourth, at the first sign of the appearance of ants, take steps to destroy them.

Fifth, create the optimal conditions for the survival of ladybugs, as they are the main enemy of the aphid. As you know, ladybugs overwinter in fallen leaves, dry grass and moss, so always leave a small pile of leaves near the garden crops.

Sixth, spray the trees with special preparations and extracts against aphids, below are three of the most effective means.

Than to spray the aphids from plum

Infusion of nettle aphids from

Take a kilogram of fresh nettle and fill it with 10-12 liters of water. Leave the mixture to infuse for a day, and over time, strain and sprinkle them with plums. It is worth noting that this infusion great and aphids on roses.

Few people know, but many a drink Coca-Cola copes with aphids. Spraying plums this drink gives you almost 100% result in the destruction of aphids, but it has a couple of drawbacks. The fact that this drink is very sweet and attracts ants, the method is quite expensive (for a single small trees need several bottles).

The infusion of ash from aphids

The most common way of getting rid of aphids is spraying the plants with an infusion of ash. Take a liter of wood ash, fill it with 10 litres of water and leave for a day. A day stir the mixture, strain, add five grams of soap (pre-grate it on a grater) and sprinkle the resulting solution plum.