The fast of the apostles: history and modernity

In the Orthodox tradition there are four multi-day fasting, which promotes the spiritual perfection of man. 8 June 2015 in the Orthodox Church there comes a time Peter's fast, which ends the 12th of July on the feast day of the Holy apostles Peter and Paul. 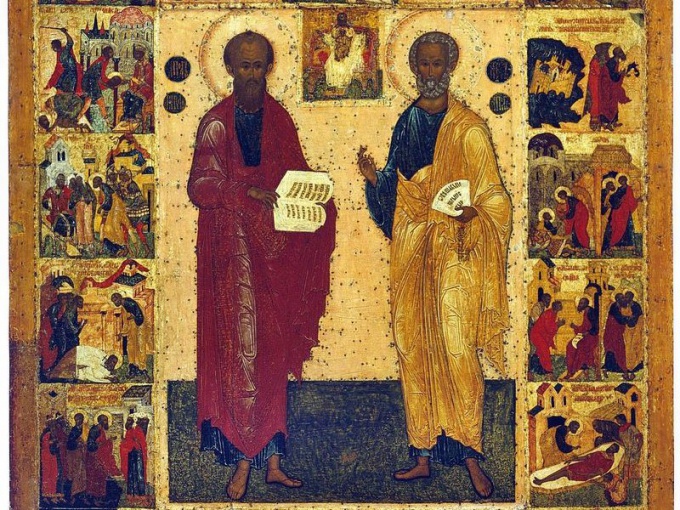 In the Christian tradition, there is another naming Petrov fasting of the apostles. The name of this period of abstinence indicates the historical connection of the Church with the good news of the Lord Jesus Christ, spread throughout the world by the writings of the Holy apostles. Do the preachers of the gospel, before heading to the sermon, remained in fasting and prayer.

Historical mention of Petrov post was already in the third century and the fourth century mention the Holy fathers and teachers of the Church about the necessity of spiritual preparation for the feast of saints Peter and Paul, expressed in the abstention from passions and bodily fasting, are the most frequent. Of particular importance in the historical development of the Petrova post has been construction of temples in honor of the apostles in Constantinople and Rome. The construction of majestic cathedrals was completed on the day of memory of the apostles Peter and Paul during the reign of the Roman Empire, the Holy equal to the apostles Constantine the Great in first half IV centuries.

Currently, the fast of the apostles is an integral part of the life of the Orthodox believer. Despite the fact that the Apostle's fast is not strict, religious people at this time abstain from food of animal origin. Eating fish is permitted on all days except Wednesday and Friday.

When abstention from food is necessary not to forget the main essence of the Orthodox lent – the desire for spiritual perfection. Believers during lent, I try more often to attend Church, participate in the sacraments of confession and communion. A special place in the practice of fasting is a Christian's desire to cleanse your soul from sins and the pursuit of love, mercy, and humility – the moral compass, to which the Church calls a man.