Why not bloom Decembrist at home

Some house plants are so capricious and whimsical, even small changes in their everyday environment can adversely affect their flowering. The one who decided to grow Decembrist at home, you must know the factors that affect its life cycles. Otherwise you can beg the question "why does not bloom Decembrist". 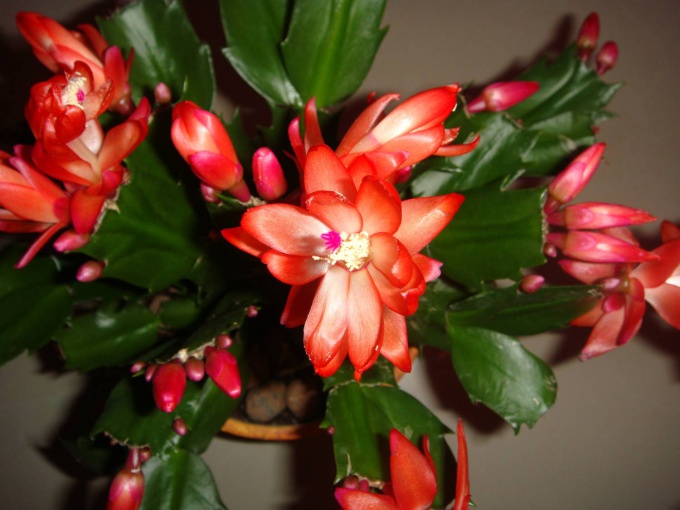 In people, the Decembrist called "forest cactus" or "Shlumberger". His life expectancy is approximately 25 years. However, novice growers are sometimes faced with the problem when the Decembrists in the home does not bloom. Reasons for this may be several:

Decembrist at home can live many years, delighting their owners with beautiful flowers delicate shades. The most important thing is the correct regular care. 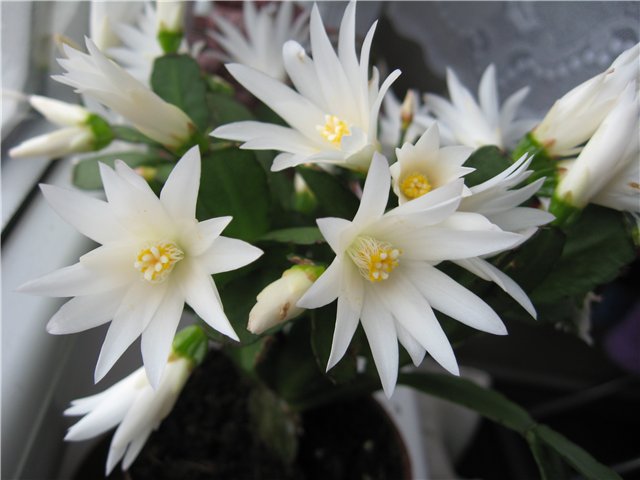 In the summer season the plant should be taken on the balcony or loggia, however, to prevent expose it to direct sunlight. In winter it requires less moisture than in summer. In September, be ready to refuse the feeding and spraying of the Decembrists. The amount of water for irrigation should be reduced and the temperature in the room, on the contrary, to reduce. It was during this period of forest cactus is preparing to bloom. It lasts about a month. Gradually, daily care can resume, but without creating stressful situations for the plant.

In early December, schlumbergera dissolve their buds. Some of them he can later throw. The fact that the Decembrists in the home also needs phosphorus and potassium. Additional fertilizing should solve the issue. 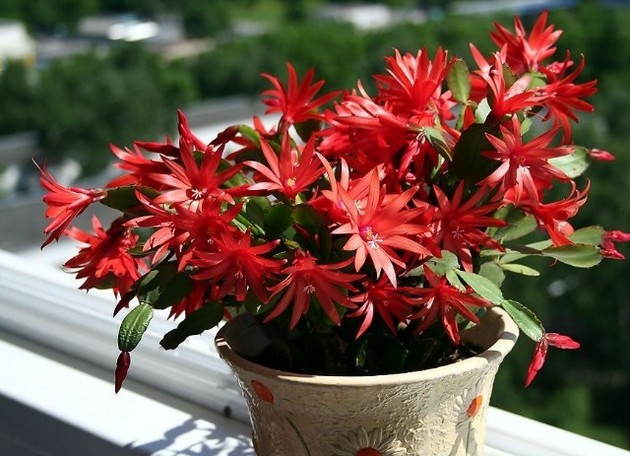 Special attention should be paid to the care of the Decembrist after flowering. This is important for the normal development of plants. You will need to trim off all shoots and prune a cactus. If necessary, transplant it into a pot of larger size. This should stimulate the growth of the Decembrists. The plant itself should be placed in a sufficiently lit place, well watered and constantly fed with nitrogen fertilizers. If flowers appear only on one side, then on the second half of the plant gets enough light. The pot can only be rotated until the first buds.

Thorough and gentle care will necessarily lead to the fact that the Decembrists in the home will flourish every year.