Chechnya: past and present

In the South of Russia in the North Caucasus mountains, on the banks of the Terek river is a region with centuries of history and culture, a land where there are customs and traditions, the land where you are valued strong-willed men and humble women is the Chechen Republic. Hard to believe that until recently there was a war. Now the Republic, under the leadership of President Ramzan Kadyrov, is rapidly recovering, growing and thriving. 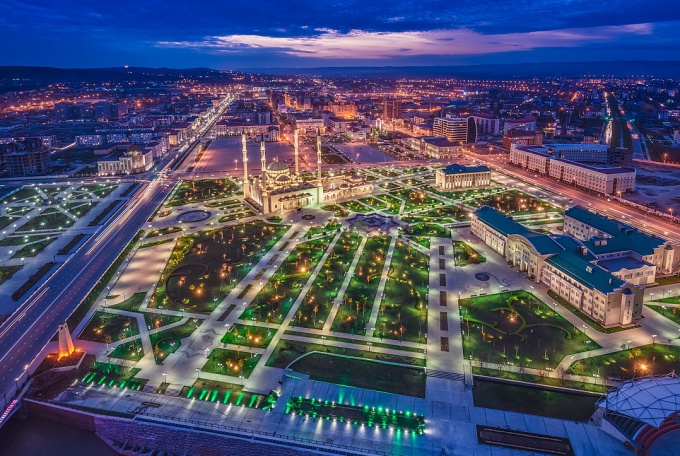 The capital of the Chechen Republic – Grozny.

Ivanalmost completely destroyed during the war, almost rose from the ashes like a Phoenix. Now this city is considered the pearl of the North Caucasus – a clean, beautiful, modern. The old streets and restored houses, which gives the city a special atmosphere. Built many new buildings, skyscrapers, business centers, office buildings, houses. The construction does not stop for one day. Opened many new schools and Universities. The roads are in terrible quality. Cleanliness and grooming of the terrible is more like a European city. There are many cafes, bars and restaurants – for every taste and wealth. Everywhere you excellent service and a very tasty feed.

The main attraction of the city is the mosque "Heart of Chechnya" named after Akhmad Kadyrov. It is considered one of the largest in Europe and in the world. The opening of the mosque took place in 2008. 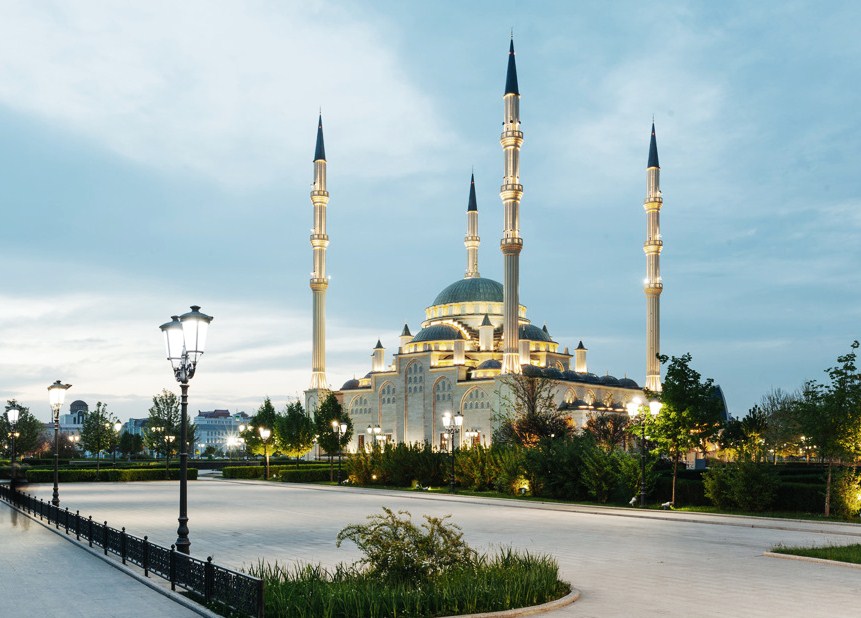 The mosque is located in the city centre, on the banks of the river Sunzha, and around it lies a picturesque Park with an area of 14 hectares with fountains, walkways and Seating. Mosque "Heart of Chechnya" is part of the Islamic complex, which, besides it, is also the Spiritual Administration of Muslims of the Chechen Republic and the Russian Islamic University. The mosque is built in classical Ottoman style. Has three levels of illumination. The Central hall of the mosque is crowned by a huge dome with a height of over 30 meters and a diameter of 16 meters. Around the main building and 4 minarets. The height of each is 63 meters. Both inside and outside the mosque is a marble. The capacity of the mosque more than 10 thousand people. Yet the same people can pray in the summer gallery and the square that are adjacent to the mosque. The art and finesse of the internal finishing of the mosque is impossible to convey in words – try the best craftsmen from Turkey. The beauty and grandeur of the mosque accurately explain its name – "Heart of Chechnya". 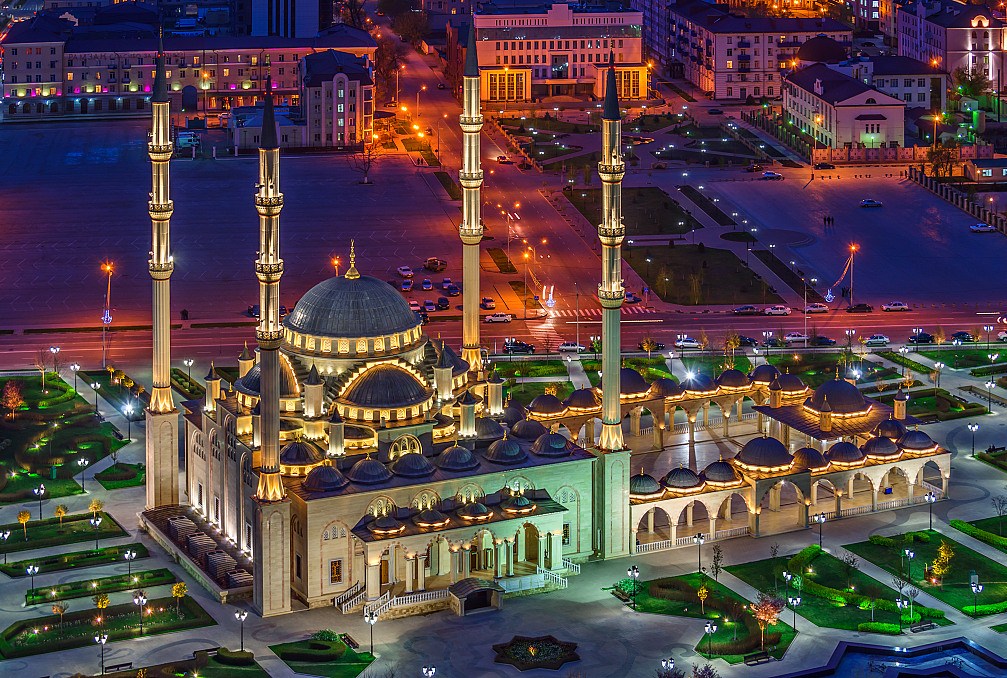 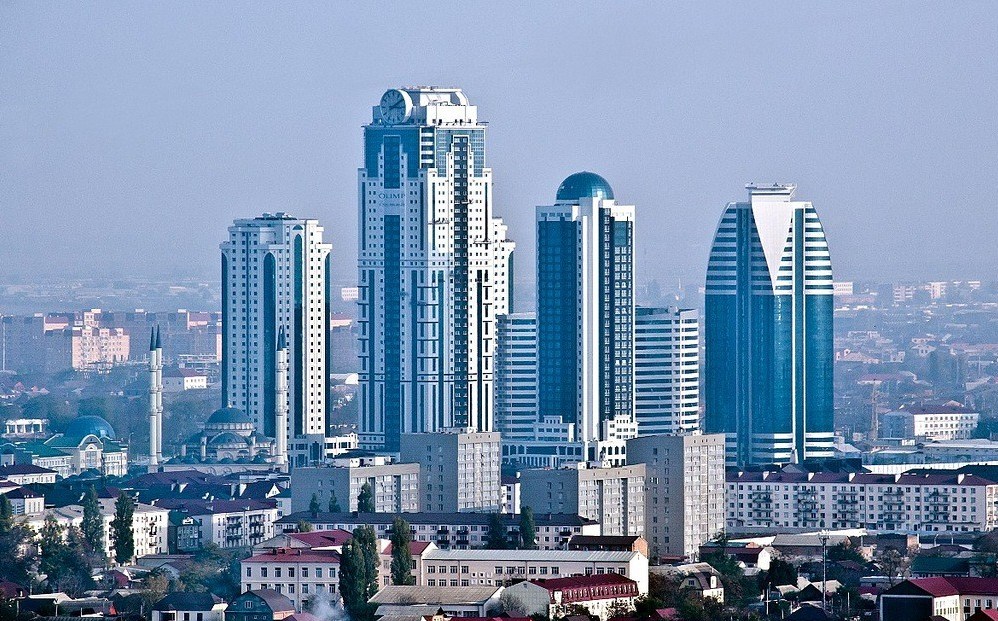 In 2010, the city was opened memorial complex"Alley of Glory" - it is dedicated to all war heroes. The opening was timed to the 65th anniversary of victory in the great Patriotic War. On site there is a Museum of A. Kadyrov , the first President of the Republic, a monument dedicated to Movlid Visaitov hero of the Soviet Union, the monument to the hero of Chechnya – Matsu Mazayev. There is also a tank from the great Patriotic War, proudly standing on the podium. Also on-site "walk of Fame" you can see more than 40 sculptures created by famous sculptors. 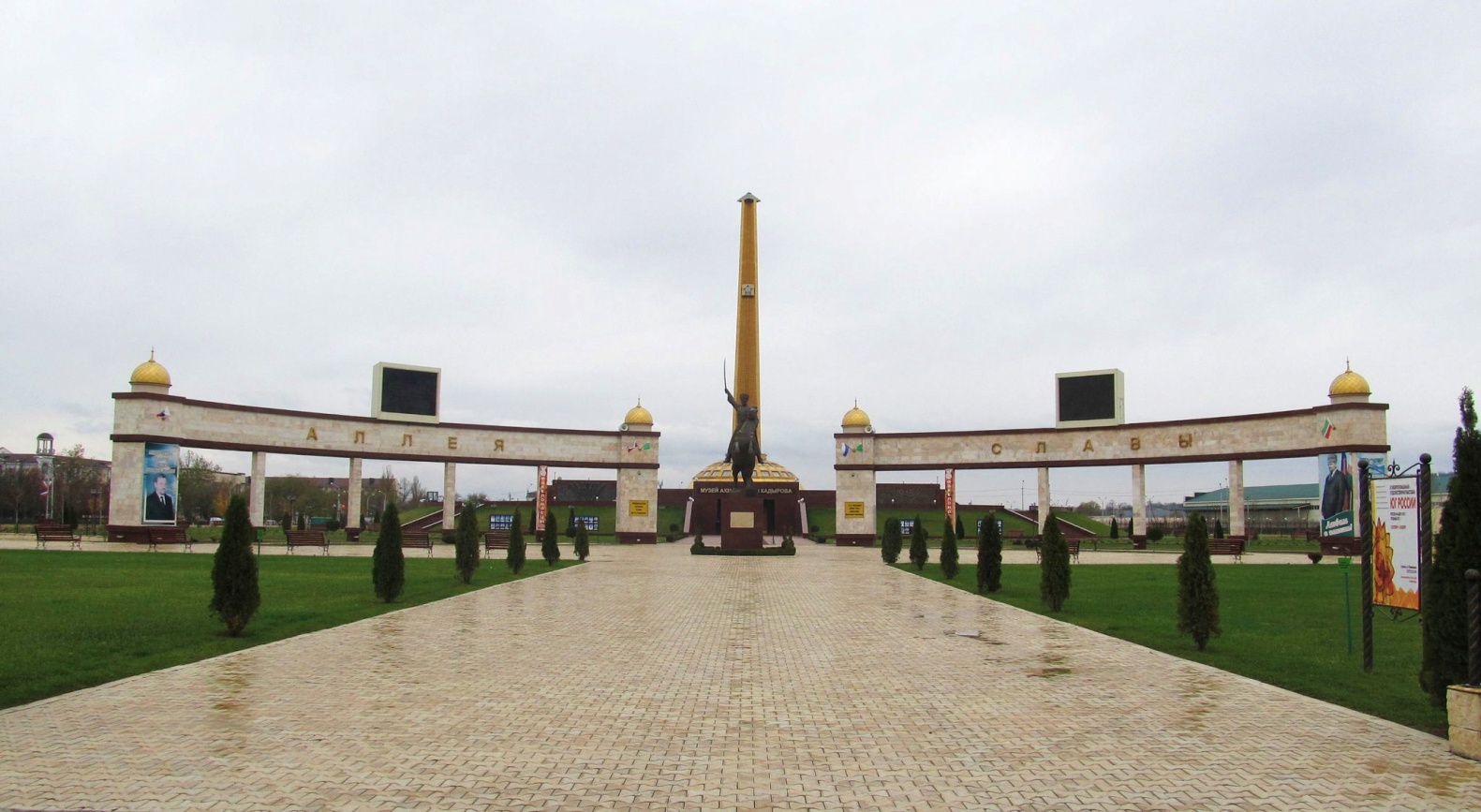 In Grozny there are many parks and squares where likes to relax in the residents and guests of the city. One such place is"the Park of journalists. It was opened in 2007 and dedicated to the memory of the fallen journalists. In the Park planted more than 500 trees, many shrubs and of course flowers. At the entrance to the square, you will see a stele with the inscription "to Journalists who died for the freedom of speech" and watch the plants. On the main alley, comfortable benches for rest, the left and right of alleys and street cafes.

And this is only a small part of what can be told about the terrible. Just walk around town, soak up the atmosphere, will be surprised and marvel at how quickly and successfully developing city.

Besides their cities of the Chechen Republic attracts with its natural beauty. Among the natural attractions we recommend to visit: 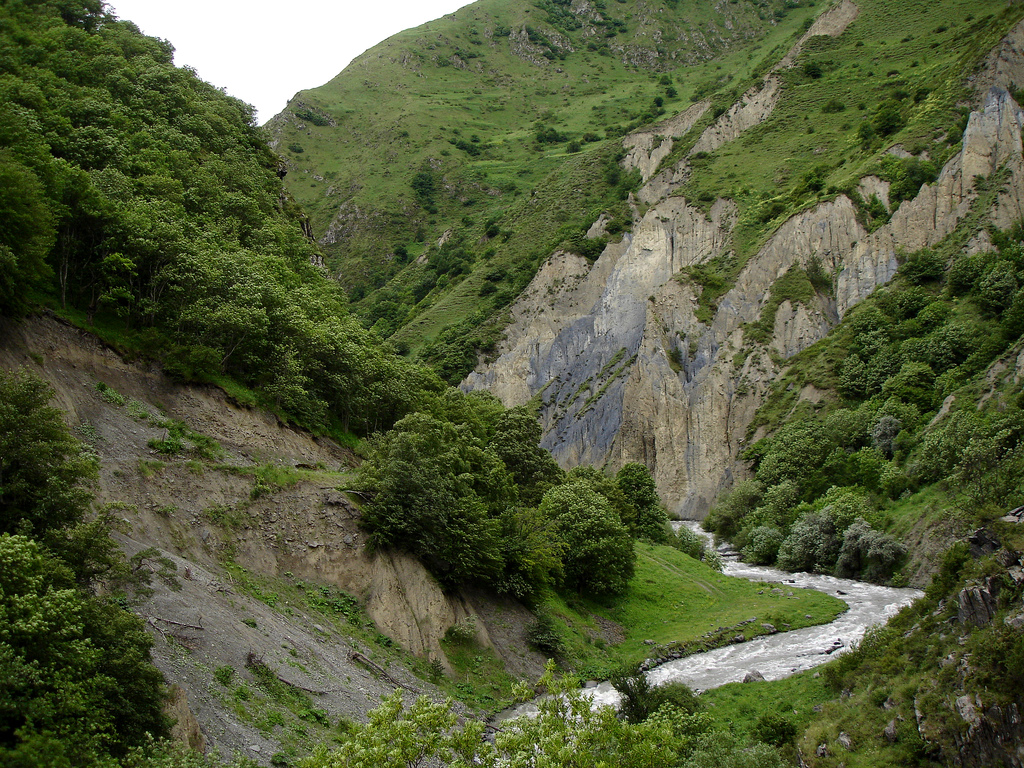 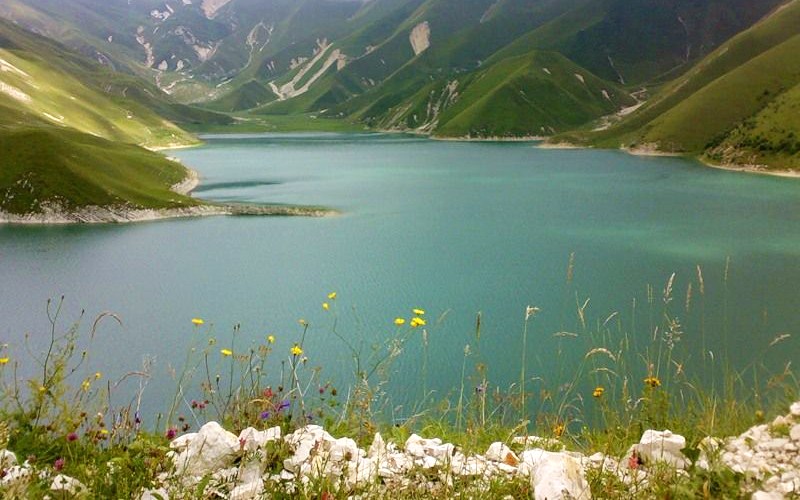 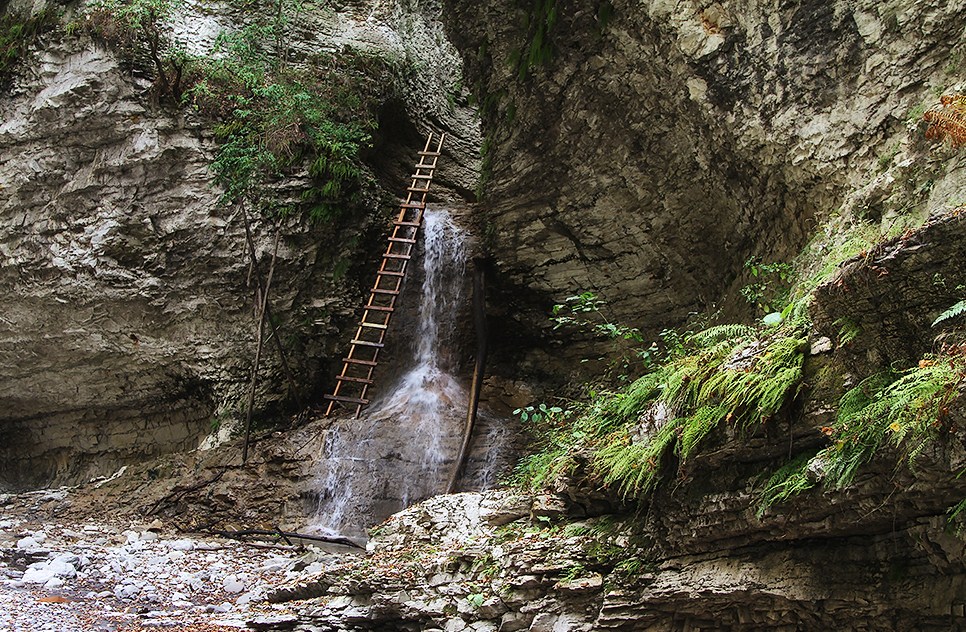 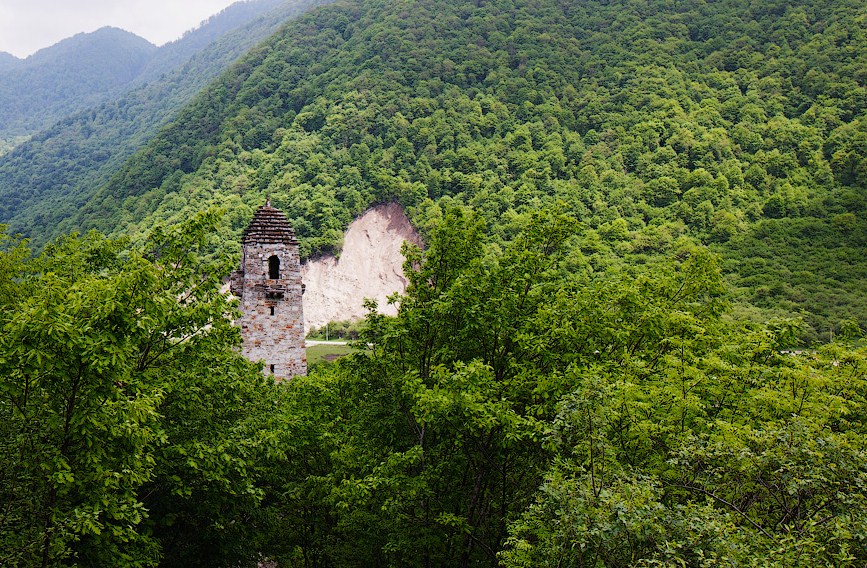 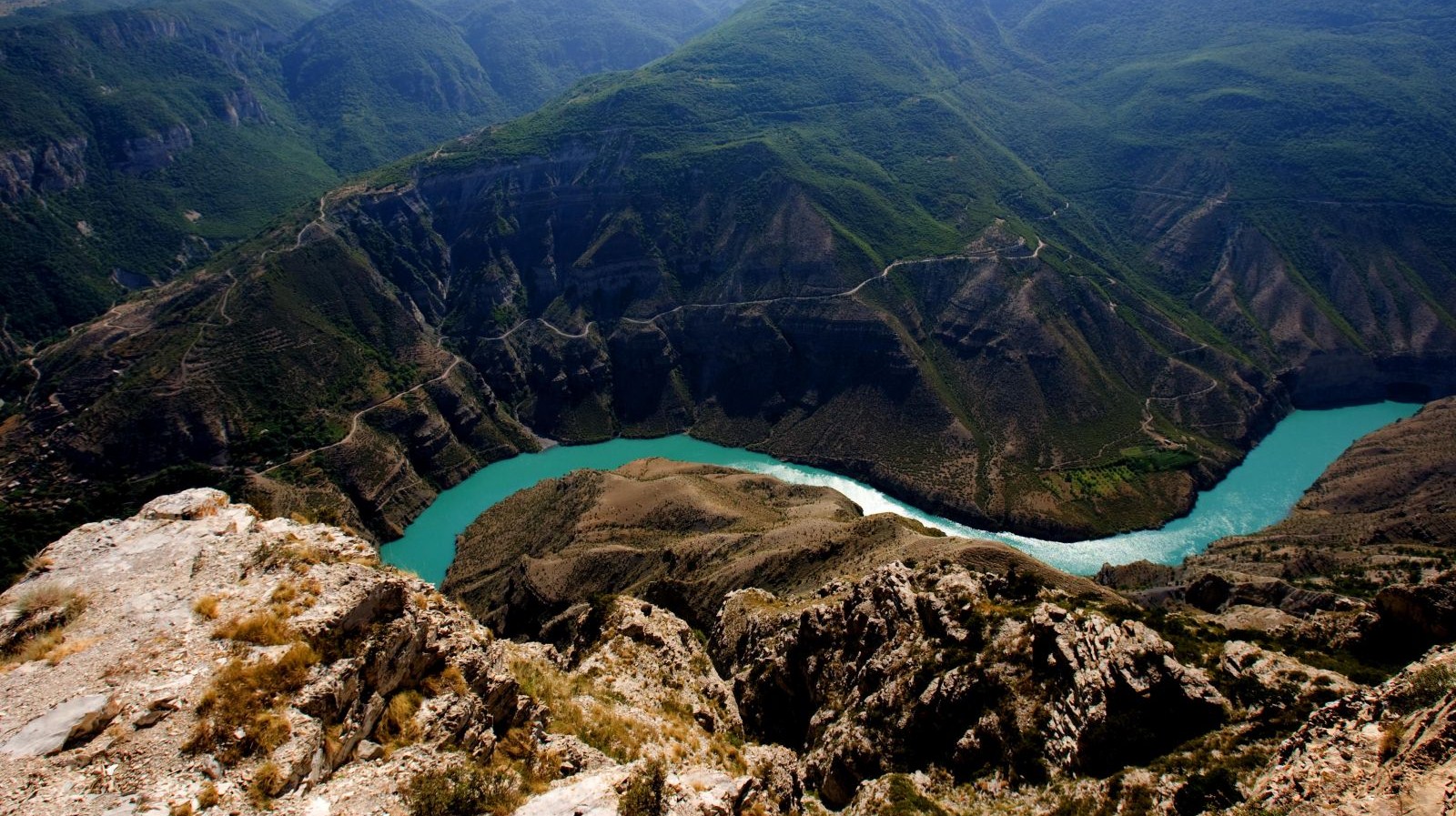 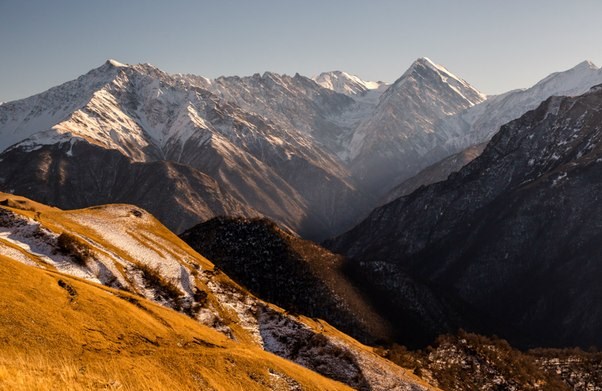 From historical attractions in the Chechen Republic you can watch:

The ancient tower of the Chechen Republic, miraculously preserved to our days. Was built in the XII century as a military structure. The height of the tower about 23 meters, the top tier served as a watchtower, it offers a great view of the mountain gorge. Inside the tower was reconstructed. 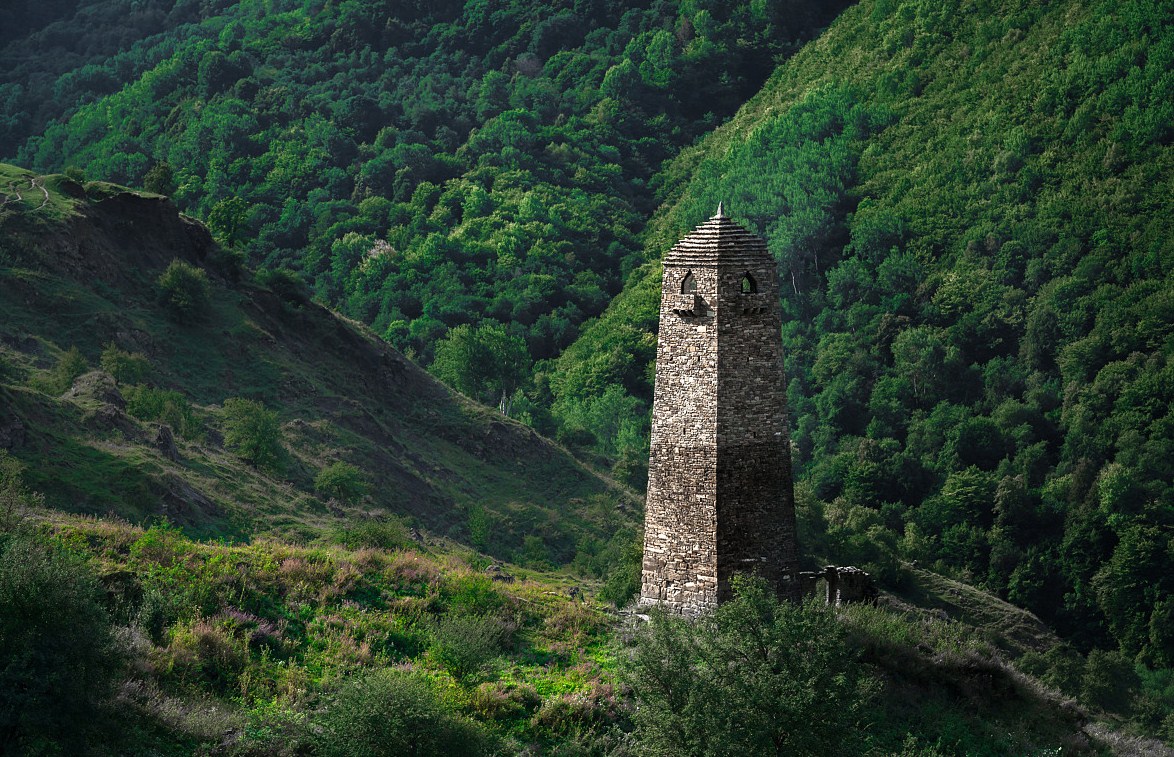 The construction of the towers dates back to the Xl –Xll century. Towers at the narrowest point of the Argun gorge. The four-storey tower, with a height of 12 meters. There are three versions on the appointment Ostalowska towers: the first tower was built as a military and serve to protect the road, the second tower was customs, stood on the border territories and they vzyalas fee for the transition. The third version – there used to be a tradition to build towers, and it served as an indicator of kind of nobility. Unfortunately, to our days, in its original form of a tower has not survived. Now they are fully restored. 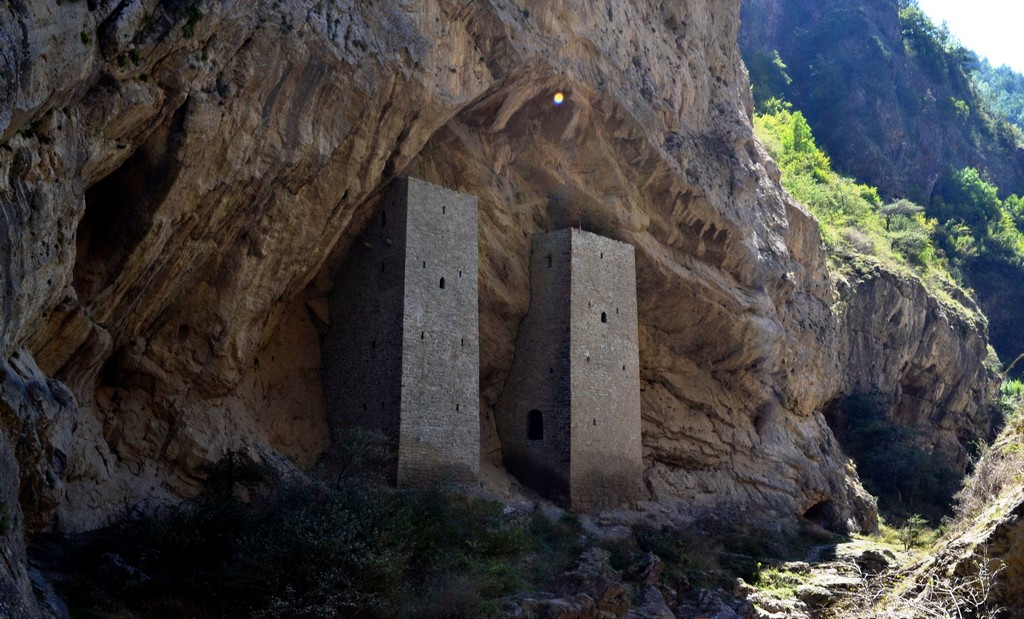 The name of the ancient city of Hoi an can be translated as "village guards". It is believed that the settlement more than 1000 years. Earlier this place was a guard fortress. Is an ancient city on the edge of the mountain depths, far below, at the bottom of the gorge, a mountain river flowing through the City. Earlier, on the opposite edge of the gorge, too, was watchtower, but, unfortunately, from her nothing left. 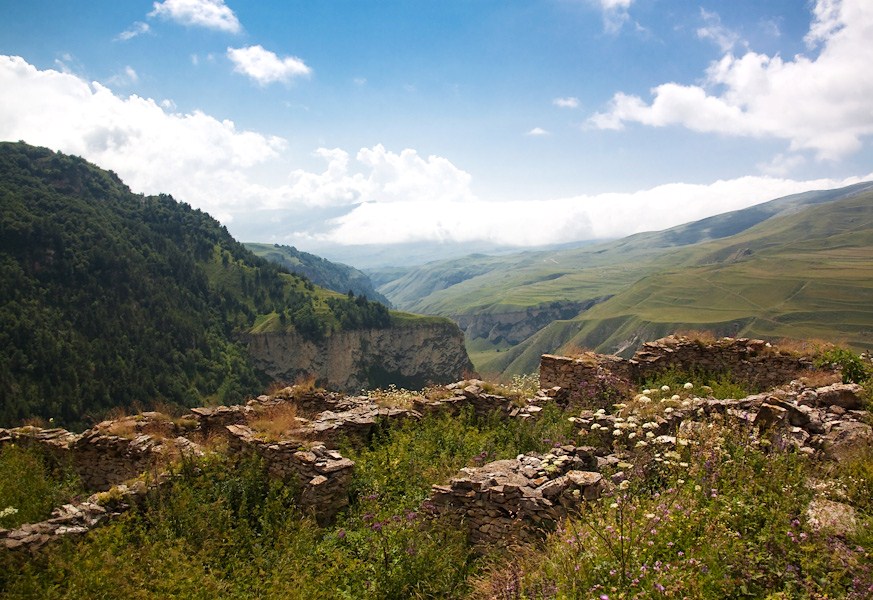 Among the high mountains, on the cliff, is the famous city of the dead – Tsoi-Pede, in the Settlement of the Godhead." City of the dead is one of the largest necropolis in the Caucasus. The exact date of the burial structure is not known, is approximately the V century to the XVll there were burial. In the city of the dead has two towers and 42 of the crypt. 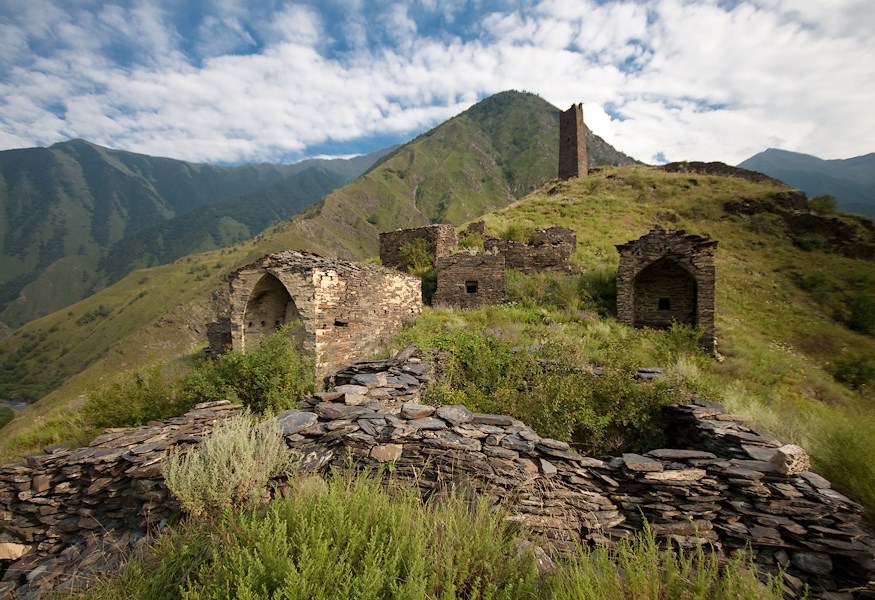 It's not all natural and historical objects of the Chechen Republic. Visiting this region you will discover many new and interesting. Can better get to know this proud and hospitable people, hear many legends, try delicious local cuisine, and impressions of the breathtaking beauty of nature you will last a long time!