Why the war started in Chechnya

The Russian-Chechen conflict of the 1990's has deep historical roots in the times of the Caucasian war of the XIX century. It was then expanding its territories and strengthening the position in the South, the Russian Empire first encountered the fierce resistance of the mountain peoples inhabiting these areas. War the highlanders lost in the Caucasus for many years reigned fragile peace, but the Russian government was finally recognized by the proud mountaineers. 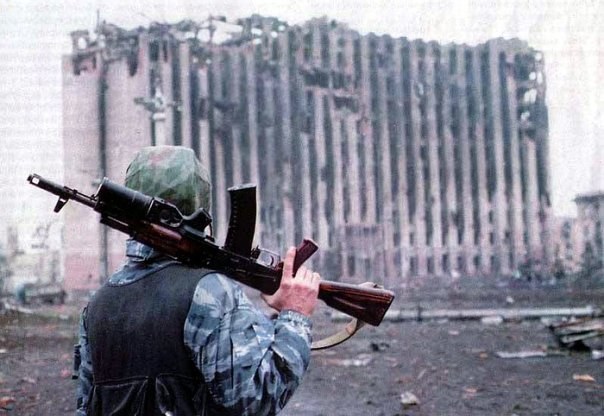 Related articles:
Almost all of the time that Chechnya is part of Russia, on its territory there was a mass revolt, operated gangs and carried out military and political reprisals. The Russian-Chechen conflict of the 1990s started as a national conflict in the struggle for the independence of Chechnya on the territory of the USSR, in the period of so-called perestroika, in the 2nd half of the 1980's.

The collapse of the Soviet Union

With the beginning of the period changes in the political and economic structure of the Soviet Union, many republics of the Union has intensified nationalist and separatist movements. In Chechnya, there were radical nationalists, who managed to unite the uneducated, living the Patriarchal life of the common people. A typical representative of the Chechen nationalist movement of the time is Zelimkhan Yandarbiyev – the ethnic Chechen poet "of the people", educated worker of the writers ' Union. That Yandarbiyev convinced the General Dzhokhar Dudayev to return to Chechnya from Estonia to lead the gaining momentum of the nationalist movement.

The main driving force and the organization of separatists were created in 1990 by the National Congress of the Chechen people (NCCP), the head of which in 1991 was Dzhokhar Dudayev. The main goal of the NCCP was the exit of the Republic from the USSR and establishing an independent Chechen state. All these events were accompanied by the emergence of well organized armed groups, the mass genocide of the Russian population of the Republic and a huge number of victims among the military police and the civilian population.

The seizure of power by the separatists

Throughout 1991, the leadership of nationalist leaders consciously and deliberately destabilized the situation in the country, nurturing extremist sentiments. Almost immediately after General Dudayev was headed by the NCCP, in the early summer of 1991, he declared the independence of the Chechen Republic Nokhchi-Cho, creating a diarchy in the political conflict-torn Chechnya. This situation did not last long, September 6, in Chechnya under the leadership of Dudayev was made a military coup. At the end of October 1991, Dzhokhar Dudayev as a result, under the control of separatists elections became the President of the Republic.

According to the data released by the staff of the UGA in after the end of hostilities, the loss of Russian troops were 4103 people were killed, 1231 — missing/deserted/prisoners, 19 794 wounded.

All this led to the fact that at the beginning of November the President of Russia Boris Yeltsin has signed the decree about introduction in the territory of the Republic of state of emergency. After the publication and signing of the decree, the situation in Chechnya has reached boiling point, the decree was cancelled just a few days after its signing. After which the Russian leadership has made the decision on a conclusion from territory of Republic of military units and units of the interior Ministry, during which the separatists were actively captured and plundered military warehouses.

The factual independence of Chechnya and the beginning of the war

In the subsequent period from 1991 to 1994, Chechnya in a state of actual independence, gradually immersed in the chaos of banditry, slave trade, ethnic cleansing, economic and social crisis. Criminal lawlessness in the country has caused the people discontent with the new government in the Wake of which was formed antibodiesa the opposition and the civil war began.

After the conclusion of the agreement on a cease-fire on 23 August 1996, troops in a very short time from 21 September to 31 December 1996 were withdrawn from Chechnya. Thus ended the First Chechen campaign.

1 December 1994, Russian aircraft and destroyed the aircraft that were in the hands of the separatists. 10 days after a massive airstrike, President Yeltsin signed decree No. 2169 "On measures to ensure law, order and public security in the Chechen Republic". On the same day, 11 December 1994, Russian troops entered the territory of Chechnya, the first Chechen war.
Is the advice useful?
Подписывайтесь на наш канал