More than a century of hockey spectators of different generations observed in the action of many outstanding hockey players. The history still preserves the memory of the most productive players in the best hockey League all times. 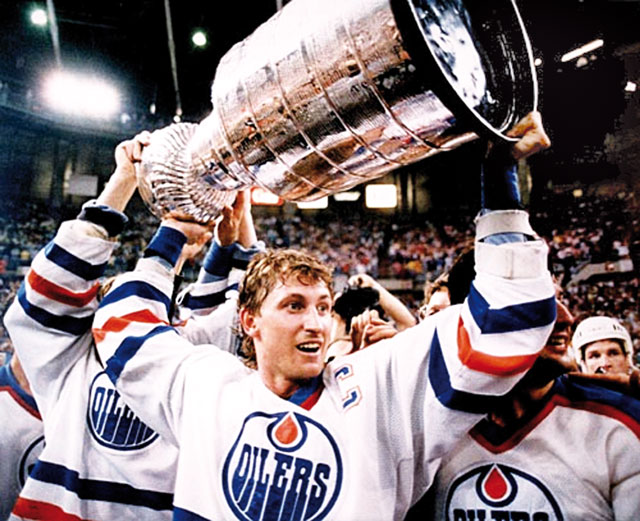 Tenth place in the list of the best scorers of all time is the famous canadian professional member of the 1972 summit Series USSR - Canada Phil Esposito. The legendary striker played for clubs from Chicago, Boston and new York (Rangers). Performing striker in the seasons 1963 - 1981. During this time, the player scored 1590 points in the NHL.

Ranked ninth in performance among all NHL players is a great canadian hockey player, known for relatively young fans, Joe Sakic. The forward played 20 seasons in the NHL (1988 - 2008). During this time, his performance in the goal + assist system amounted to 1629 points.

On the eighth place among the outstanding forwards in the NHL - Mario Lemieux (Znamenny captain of Pittsburgh). Olympic champion 2002 played in the NHL from 1984 to 2006. The striker scored 1723 points.

In seventh place - the great canadian Detroit captain Steve yzerman. The striker began his career in 1983, and finished in 2006. Performance indicator forward - 1755 points.

In sixth place Marcel Dionne. Canadian striker played most of his career for the club from Los Angeles. During the period from 1971 through 1989, Marcel was able to dial 1771 point.

In fifth place - the only European Jaromir Jagr. Striker and currently plays in the NHL, defending the colors of the devils from new Jersey. Since 1990, jaromír has gained 1780 points.

In fourth place performance - Ron Francis. Played in the NHL from 1981 to 2004 for clubs from Hartford, Pittsburgh, Carolina and Toronto. Ron scored 1798 points.

Three leaders opens the true legend of world hockey Gordie Howe. An outstanding hockey player played in the NHL from 1946 to 1980. Hard to imagine, but Gordy has spent 34 seasons in the best hockey League in the world. This figure can not fail to impress. Howe scored 1850 points.

In second place - great kanadski striker mark Messier. The forward played in the NHL from 1979 to 2004. The striker scored 1887 points in the system goal + pass.

Best hockey player of all times and peoples considered to be the great Wayne Gretzky. That is the name of the hockey player tied the success in the Cup Stanley team from Edmonton. It seems impossible in the near future fall of the great record of performance of the master. Gretzky started his career in 1799, and completed in 1999. For twenty years his career, Wayne scored 2857 points.