How to take a screenshot on a laptop: the screen

A screenshot is a screenshot. The picture, which shows everything that is displayed currently on the monitor. "Take a picture" so the laptop screen is quite simple. 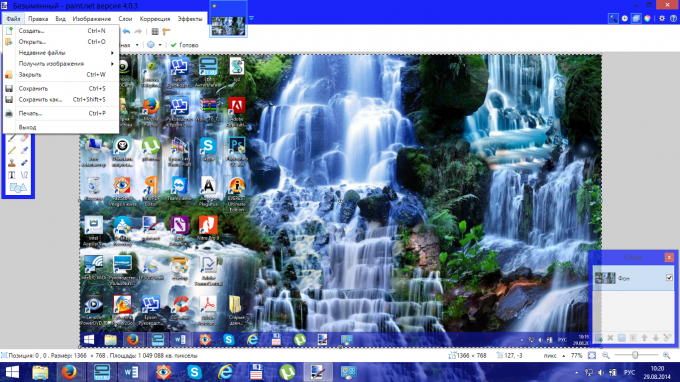 Screenshots are often used to save information from a web page on your computer, as well as in cases of software failure: for subsequent calls to tech support, you may want to take a screenshot of the error that occurred. To create a screenshot you can do with operating system "Windows".

To make a screenshot of your laptop screen, you need to:

· Open the Windows and applications that you want to keep, arrange them in the correct order.

· Press Print Screen on the keyboard. Depending on the laptop model, this key may be in different places, but always closer to the top right corner of the keyboard. Typically, the button is her abbreviated name: "PrtSc" or "PrtScrn".

Clicking the button copies the image in the so-called clipboard – the place is the intermediate storage of any data. Now it needs to be moved from the buffer to the hard disk of the laptop. This will help any graphic editor, for example, "Adobe Photoshop" or "Picasa", it will suit even the standard Windows Paint application. To do this:

· Insert image from the clipboard into the document. Press the key combination "Ctrl+V" or open the menu and select "Paste".

· Save the resulting image by pressing the key combination "Ctrl+S" or selecting "Save" or "Save as" from the menu. In this first image you can edit: cut only the part or optimize the size to prepare for sending via the Internet.

In addition, you can take a screenshot of just the active window of any program. To do this, along with the key "PrtSc" press "Alt," and then save in a graphics editor, just like normal screenshot.

If you want to place the screenshot operate any application in a Microsoft Word document, enough after pressing the "PrtSc" to go to the document window and press "Ctrl+V" (or select the menu item "Paste" and the screenshot will be placed in the document. There you can adjust the image by changing the brightness, contrast, crop or scale the size.

For easy and quick creation of screenshots also created a special program, they not only can save image but also edit it and make a screenshot of such programs, which conventional means can not be removed, for example, with video player.