What to look for when choosing a tablet/smartphone

Before you choose a tablet, you need to decide what it's for. If you use purely as a reader and for watching movies in HD quality from Megogo, YouTube, RuTube, in my experience notice tablet 353Мб of RAM and 10 inch screen well suited for this. If your need for Internet, to quickly display web pages, you need at least 1Gb RAM and 2 cores. 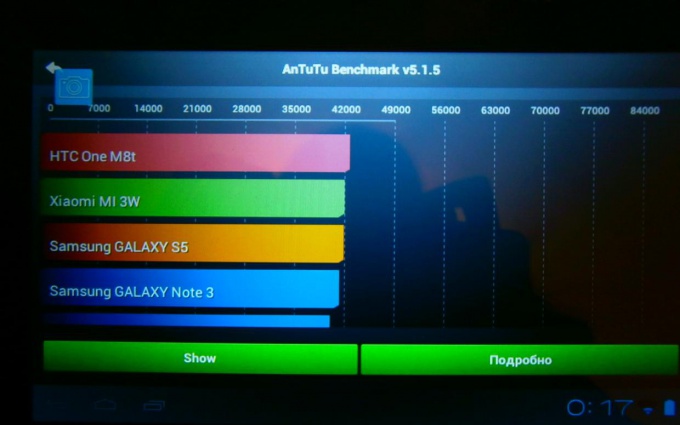 Related articles:
Instruction
1
Once decided that you need a quick the Internet, you must determine the amount of memory (RAM) and the number of cores. For this you need to test the tablet: download from PlayMarket (via desktop computer) to a USB flash drive the program AnTuTu Benchmark and ask the consultant to install the software in the tablet. Here is the test result (tab Infa) shows that - only one, RAM (RAM) total 353Мб, although consultant and features on the Internet assured me that my tablet 512MB RAM.
Happened so because the manufacturer has the right to change configuration in its sole discretion, and in the settings and the box never specified.
As can be seen, used and generally 150MB. It is very small. It happened because 203Мб spent on graphics card work, which is obviously built into the CPU and uses its memory. 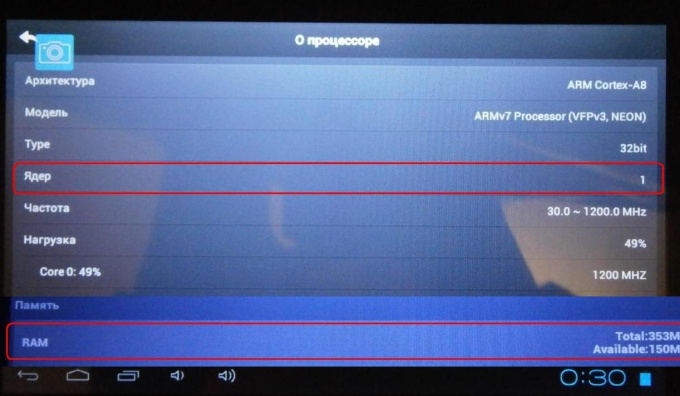 2
Now we have to test the volume of internal memory (preferably 16GB). For example, my tablet shows that in fact the internal memory of the tablet, stated as 8Gb is actually divided into:
a) system memory is 0.98 GB, of which available is 0.29 GB (the rest is system);
b) built in and equal to 5.38 GB is available -1,53 GB.

The catch is that is a very clever apps that stubbornly refuse to install on the internal memory (like Google, Yandex maps) and want to use their scarce (0,29 GB) of system memory resources.
There comes a time when these programs can eat up all the system memory and the system is buggy (tablet spontaneously rebooted and removes any installed program). 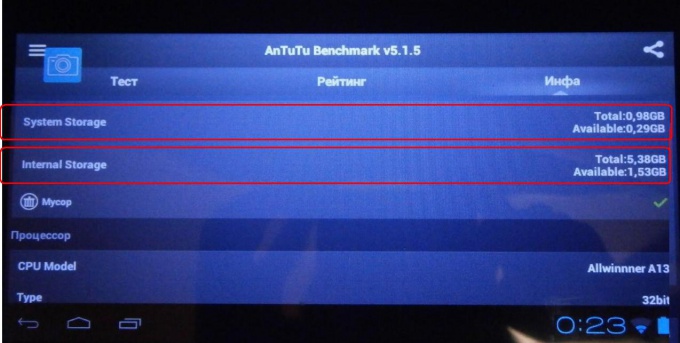 3
The availability of GPS you can check in "Settings-My location". If the GPS Navigator is, it is possible to see the option “location on the GPS satellites”.
To determine the location later helped me 2 apps: GPS fix and Soviet military maps. Worked GPS Navigator satellites (without Internet or a SIM-card) only on the street, had to wait 15 minutes, not moving. This is because no additional sensors, the presence of which can also be found using programs like AnTuTu Benchmark 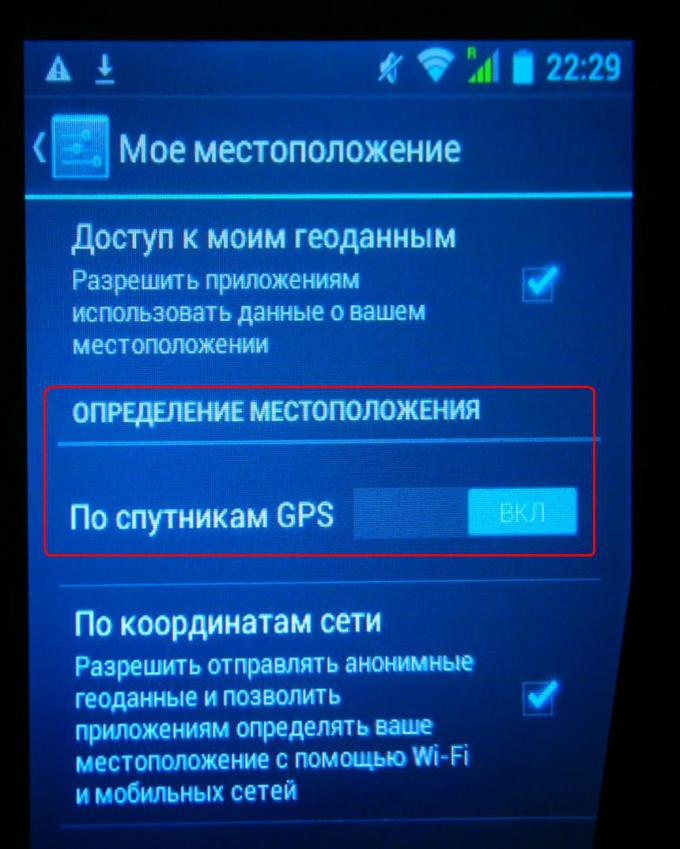