Why the traditional clothing of Arab women black

Culture of Arab women seems to be largely incomprehensible to European ladies. With the onset of heat desire to get rid of clothes seems quite logical. However, Arab women are hiding in the black and dense tissue during a scorching sun. The reason for that - the traditions of the people. 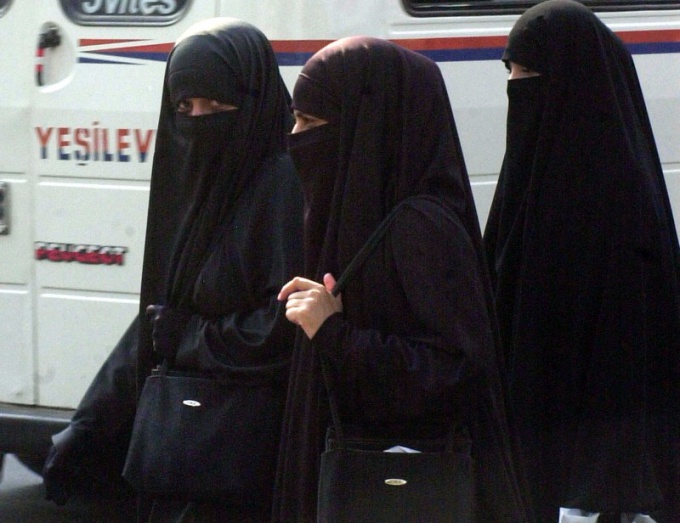 Related articles:
The Arab nation has a very long and ancient history. People living in Saudi Arabia, Egypt, Iran, Pakistan and many other countries, have deep beliefs, attitudes, and beliefs that the Europeans seem to be strange. In the Arab hearts and souls, there are rigid ideas about the world and religion. Along with this, the Muslim nation has its own traditions and one such tradition is that women must wear clothes of black color.

It is a profound mistake. Not all of them are dressed and dress up in a black outfit. Almost all colors are acceptable. But there are some hints that under the Shariah to wear the Muslim women is prohibited. She can wear any color, but the fact that she's not wearing so-called masculine color. Woman should also wear clothes that do not attract the eye the stronger sex. There are many representatives of the Arab Republic dressed in relatively variegated colors. This clothing is typical for rural and Bedouin women. Head they roll up very tightly, not too worried about the hair. But city ladies styled black. They refused from such bright outfits. Were and remain popular green Abai (clothing of Arab women). These things are very harmonious look to them.

What about the Arab national clothes, she have to hide the female body in full, with the exception of the hands and feet. This outfit has still a practical application. In the Arab world has a very hot climate, so the role of this garment was to protect from the scorching sunlight and dust and sand. That is why we can safely say that the clothing of Arab women is not only a religious bias, but also practical. Many years ago Muslim women put on the face of artificially made facial masks and scarves. Despite the fact that, currently, hats are much easier, head scarf for Arabic ladies continues to be an integral part of the wardrobe. A Muslim woman is obliged to wear a veil is a traditional garment originating from the times of Assyria. Custom has always been walking with his head covered. In Arab countries it is regarded as a sign of submission. Women are known to wear the black Abaya. This type of clothing was considered a virtue.

So, as mentioned above, black women's clothing in Arab countries - a profound error. Women can dress very flexible and bright. Just the living conditions in these latitudes forced the women to go that way.
Is the advice useful?
See also
Подписывайтесь на наш канал