In accordance with the religious foundations of Islam a woman is obliged to hide his body from prying eyes. This function performs the traditional clothing of Muslim women - hijab, tightly closing a forehead, hair, chin and all the rest of the body, except the hands and face. Most often, the hijab is called only the handkerchief. 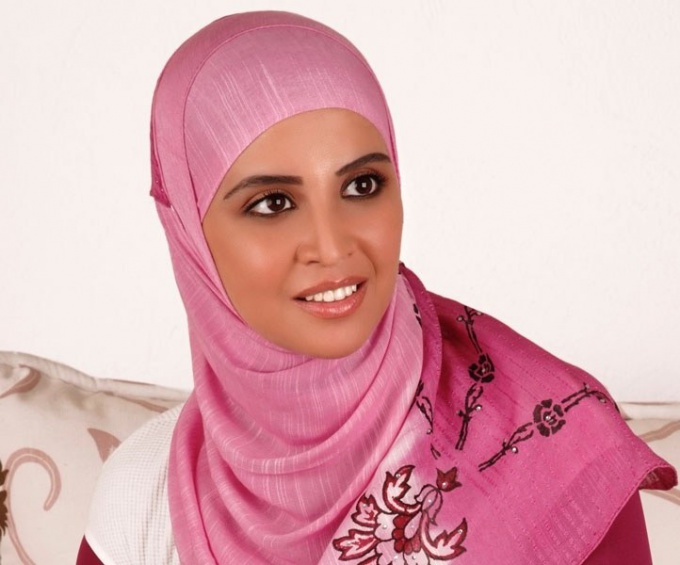 What is a Muslim wear hijab?

Hijab is not the headscarf that women of the West tie their hair or neck. This is the traditional Muslim women's clothing. In European countries, the word also refers to a scarf covering your head, shoulders and breast of a woman. But under Islamic rules of hijab is not a handkerchief, but in clothes that completely cover woman's body, except the hands and face or only the eyes.

The main thing to consider when choosing such clothing is that the outfit should be free, not inhibit movement. But it needs to completely cover all parts of the body, except what is permitted.

How to be a hijab?

The hijab is, first and foremost, a symbol of modesty and spiritual purity. Despite the fact that his coloring is not limited in color, there are strict rules for that and certain norms. The hijab can be any color, both light and dark shades. However, it is not allowed colored scarves that look glaringly bright.

The basic law of Islam (Sharia) requires that the ears and hair of Muslim women were hidden from prying eyes.

It is also not recommended to wear the hijab with geometric patterns. This traditional Muslim clothing should be plain and not flashy.

Another condition is the fabric from which sewn the hijab should be tight. In any case can not be used for fabrication of a transparent material. After all, the main feature of this outfit is to hide the woman's body from prying eyes. So, the translucent cloth cannot be used.

There are several options right of wearing hijab. You can't go wrong if you tie the traditional Arab scarf as follows. Throw a hijab on her head so that it covers the hair and forehead. Forming smooth folds of the handkerchief at the level of the temples, the lower ends of the hijab down. The ends of your scarf should be a different length. The short end of the twist around pre-assembled in the tuft of hair on his head. The longer end of the hijab cross to a short flip over the shoulder. In order to fix the shawl, you can use pins.
Is the advice useful?
See also
Подписывайтесь на наш канал