What is included in the GTO

Updated the complex TRP ("Ready for labor and defense!") intended to attract Russian citizens to regular physical training and sports. To prepare for the delivery of standards independently. They include tests for strength, agility, endurance and speed. 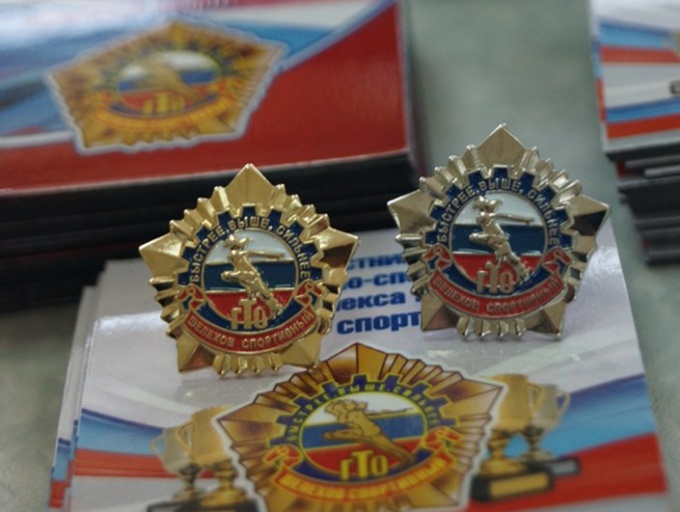 Related articles:
The abbreviation for TRP is hiding the name of the sports complex "Ready for labor and defense!" He appeared in the USSR in 1931 and lasted nearly 60 years.

System, the TRP was the basis of the physical education of the younger generation. Contributed to strengthening of health of Soviet citizens. Prepared them for the defense of the socialist Fatherland.

New life for the old complex

Today the GTO is reborn. From 1 September 2014 the new complex was officially implemented in Russia. To surrender the GTO now even six year old kids. The last stage of the complex is intended for those over seventy. There are a total of eleven age groups. In the USSR there were five.

The best athletes will also earn badges depending on performance and sporting achievements. But gold and silver were added to bronze badge.

Changed the standards of the complex. These include mandatory testing for strength, endurance and flexibility. Tests choice assess applied skills.

In the modern version of the GTO survived pullups, pushups, long jump. Cross-country skiing or cross-country (in areas where snow does not happen). Grenade throwing and swimming.

In order to pass the standards TRP, athletes, as before, will go camping, where the need to demonstrate travel skills. To kindle a fire. To overcome obstacles. Well to navigate the terrain.

Not canceled and the shooting. But to shoot the athletes will not of the small-bore rifle, and air. Or electronic weapons. For five rounds the participants have 10 minutes. Shooting produce sitting or standing.

There is in the revived sports complex of exercises such as shot put, Cycling, cross country, skating. Athletes will no longer get on the rope with his feet. But there was an exercise in accuracy.

On the wall hung a Hoop with a diameter of 90 cm Participant needs to get him a tennis ball from a distance of 6 m. He is given five attempts.

Developed and new challenges. For example, bending forward. The athlete performs their standing with straight legs. The result will be calculated as if the participant touched the floor with the fingertips or palms. Touch should continue for at least 2 seconds.

Men will be able to demonstrate strength. To them introduced these regulations, such as the snatch of the kettlebell weight 16 kg. In the Soviet TRP this exercise was not. As the Shuttle run.
Is the advice useful?
See also
Подписывайтесь на наш канал