How to change shock absorbers for VAZ 2107

The comfort of traveling by car depends on shock absorbers. They are necessary for the damping of vibrations when driving on uneven surfaces. Enough of bad roads, so the quality shock absorbers on the car is the key to a high degree of comfort. 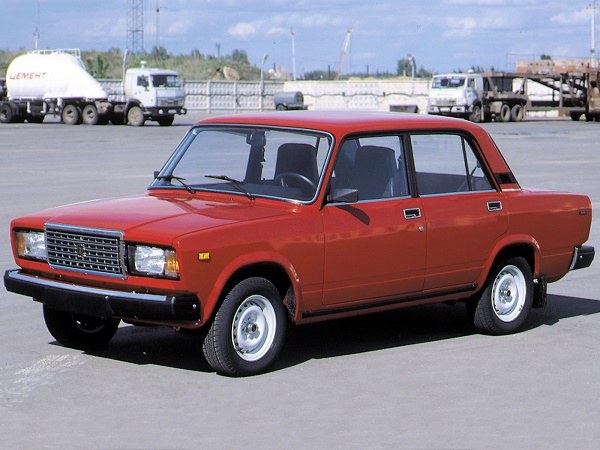 Related articles:
You will need
Instruction
1
Decide what shocks will change in the first place. If on the front suspension install the rear wheel chocks. If on the rear suspension, put the stops under the front wheels. Replacing the front shock absorbers is conducted on a pit or overpass. If neither the first nor the second, it is possible to set the machine on soft ground and make a small indentation under the lower control arms. The depth of the hole should be about 20-30 centimeters. It will allow you to extract the shock absorber from seat.
2
Open the hood of the car VAZ-2107. You need to Unscrew the nut from the shock absorber. Key 8 to hold the rod from turning. Unscrewed the nut with a ring spanner 17. Remove metal washer and rubber cushion. The latter must be replaced together with shock absorber. Stock push down using a screwdriver or other suitable tool. Now you need to Unscrew nuts of fastening of shock absorber to lower control arm.
3
Loosen and remove the two nuts that secure the bracket of the shock absorber to the lever. Front will go down, but may rest against the surface. To extract it, you need the rod to fully enter into the damper. To remove the wheel is not necessary, it is sufficient to Unscrew the steering wheel for convenience. With the old rack, you remove the bracket and install it on the new part. Along the way, replace all rubber bushings. Removing and installing shock absorbers on both sides of the front suspension are the same.
4
Raise the rear of the car on a Jack, if no inspection pit or lift. So it will be easier to replace. Not necessary to simultaneously remove both shocks. First replace with one hand, then the other. To perform the work will require two key 17. The lower part of the shock absorber is bolted to the suspension elements using studs. For its extraction must be set with one side key 17 and rests on the wheel or traction. The second key, Unscrew the nut from the other side of the studs.
5
Treat threaded joints penetrating lubricant, if not be nuts. The upper part of the absorber is fixed to the vehicle body. Key 17 Unscrew the nut that is tightened on the stud for mounting the rack. On new shock absorber, install the rubber bushing. Put the upper part on the stud in the car body and loosely tighten the nut. Then install the lower part of the seat under her. Secure the shock absorber using new nuts, washers and stud. Similar is the change of the second post.
Is the advice useful?
Присоединяйтесь к нам
New advices