How to change rear struts on VAZ 2109

Drive the car with faulty shock absorbers is fraught with fast wear of tires, hub bearings, suspension parts, and, in addition, can cost you your life in a significant increase in stopping distance. 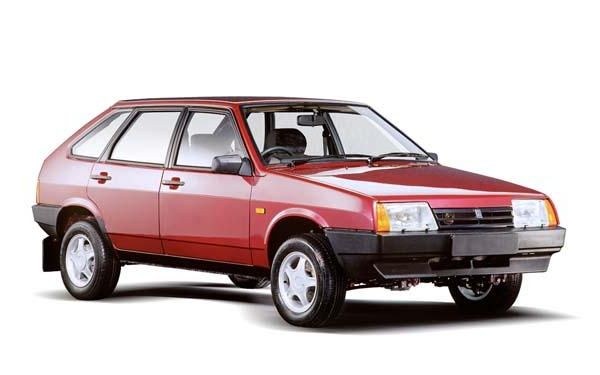 Since the invention of the first cars their design was constantly improved and become more complex. The original cars had leaf spring suspension, but gradually manufacturers added additional elements, both mechanical and hydraulic, pneumatic and even electric. Allowing currently to make drive more comfortable, as well as to increase its manageability and security.

An important role in the suspension of vehicles play the absorbers. They were invented in the last century and made a splash in the automotive industry. During the trip they dampen vibration on rough roads and provide her with a better grip.

But, like every detail and mechanism of the car, the shock absorbers have a comprehensive resource. The average is from 30 to 50 thousand km mileage of the car, and the more they serve is extremely rare. In fact, a lot depends on the manufacturer of shock absorbers, quality, riding style. For verification it is recommended to either refer to the service employees or to perform a series of simple steps.

The rack should be replaced if you find them drips oil, a knocking in the suspension when driving (with the condition that all other suspension parts are OK). You can also do this test: wiggle the car to make sure that the shock absorbers dampen vibrations. However, the latter action can only detect completely non-functional details.

So, you found that on your domestic VAZ 2109 it is time to replace the rear rack. If you're not going to trust the professionals from auto repair, to prepare necessary tools, Jack, and, of course, you should buy new struts. Change them in pairs, since one axle they should be identical. In addition, may need new supplies to replace the old, namely, the set of upper bushings or buffers.

Originally from the top of the trunk should remove the cap from the strut. Then applied two keys – one unscrews the nut, the other holds the strut shaft so it cannot rotate. The next step, Unscrew the nut from the bottom of the shock absorber in place of its attachment to the bracket of the rear beam. For a complete dismantling of the rear shock absorber beam is pressed downwards, which gives the opportunity to take it out.

Upon completion of the above steps, you are ready to build and install the new shock absorber. For this purpose, the absorber is fully pulled out the stem and it fixed the buffer, dust boot and metal cover. Also once the stock breaks through and nut. The shock absorber is attached to the bracket of the rear beam and it puts a spring. Further, any existing key sticking in the nut, the strut shaft is extended over the entire length. When the stock is out, Unscrew the nut.

To compress the springs under the back beam is mounted the Jack. Its slow lifting will pull the spring, will only guide the piston rod in a mounting opening and secure it with the nut. In the same manner, changing the second rear shock.
Is the advice useful?
See also
Подписывайтесь на наш канал