Why during pregnancy lifting

Not every pregnancy takes place in ideal conditions: many expectant mothers have to go shopping, carry heavy bags, take the older child and subjected to other physical activity. However, not all know how dangerous it is to lift weights during pregnancy, and the consequences of carrying heavy items. 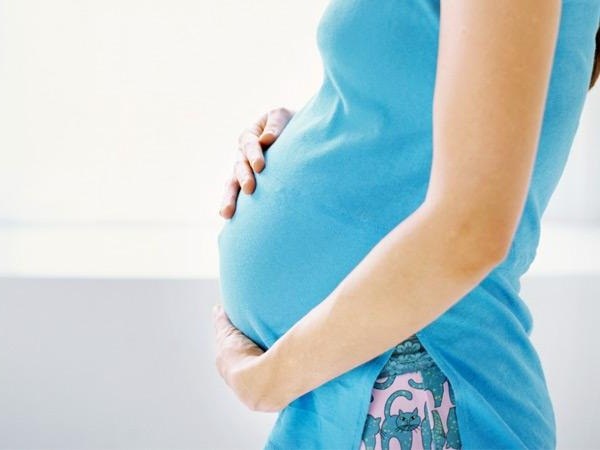 Related articles:
Even if a pregnant feels good, and there are no special reasons for concern for her health and the fetus, it is still necessary to limit heavy lifting, especially in the later stages of pregnancy.

What happens during heavy lifting?

From the fact that the body is under strain from lifting heavy objects, pregnant women increases intra-abdominal pressure. However, due to narodivsya blood circulation particularly affects the organs of the lower abdomen, particularly the uterus and pelvic floor muscles.

If some time to carry weights in the hands, the spine is compressed, the diaphragm slows the movement and the ventilation of the lungs deteriorates. Therefore, pregnant, and therefore her unborn baby also becomes difficult to breathe. All these factors adversely affect the health of women and can have negative consequences for the fetus, so to lift weights during pregnancy is strictly prohibited.

How much weight can be lifted pregnant?

Usually permissible mass of the object being moved must not exceed 5 kg, and only then the lifting will not cause significant harm. Depending on the peculiarities of the Constitution of the pregnant woman, her health, pregnancy, peculiarities of its course and other such factors can more accurately determine allowable weight loads that can be lifted without fear of consequences.

If a pregnant part of "risk", to lift any objects weighing more than 2 kg it is categorically contraindicated. These include women who:
- have heart disease, liver, kidney and other organs;
- threatened abortion;
- previously gave birth prematurely;
had during pregnancy vaginal bleeding;
- have a diagnosis of "placenta previa" or gestosis.
- carrying a fetus retained in utero.

The consequences of lifting

If you do not follow the precautions and to lift weights during pregnancy may experience pain in any part of the body, usually in the lower back, arms, legs, neck and abdomen, and shortness of breath, dizziness and weakness, nausea, swelling of extremities, palpitations, destabilization of the pulse. The most dangerous thing that can result from heavy lifting, from a medical point of view, it is vaginal bleeding, difficulty walking due to stabbing or pulling pain in the legs, prolonged immobility of the fetus, which started contractions and premature labor, a miscarriage. Any physical activity is another negative, harmful pregnancy, it arose a feeling of fatigue which is hard to eliminate.
Is the advice useful?
See also
Присоединяйтесь к нам
New advices