When you connect a television or the Internet, you can see that at the end of the cable is always installed a special device - connector, each variety of which is used for a specific type of cable. 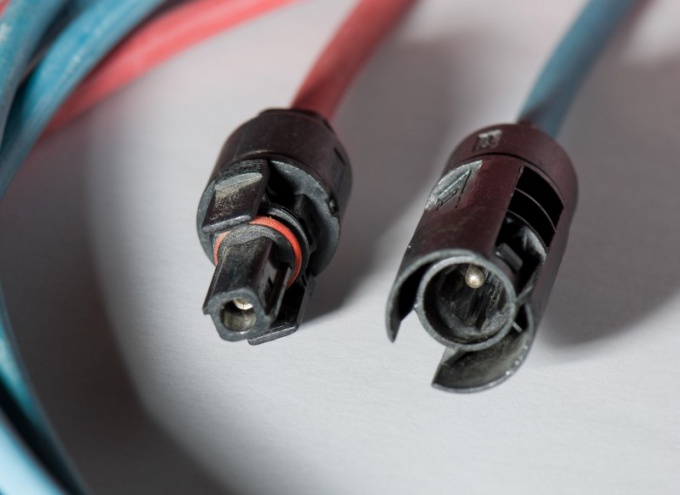 One of the most popular and sought after types of connectors - a BNC connector. It is used in various video and audio equipment, where transmission is through radio frequency cable. This connector has limits of using frequency and voltage, which is 3 GHz and shall not exceed 500 Watts, respectively.

This type of connector is mostly used in analog and digital interfaces for signal transmission in aircraft electronics, test equipment, and radio equipment (antenna, transmitters, etc.). Basically this type of connector is used when installing in commercial and industrial equipment. Used for the construction of the Ethernet standard 10BASE2. At the BNC connector there are several analogues superior to it according to certain properties, it is a TNC connector and a BNC-T.

TNC connector unlike the BNC, is used for stable performance at higher frequencies. Used in the same areas. BNC-T connector in turn designed to connect three cables, mostly coaxial RF connectors. Very often done so that this connector connects two cables, and to the remaining input connect the terminator. The standard 10BASE2 this type of connector is used to connect the coaxial cable with the network adapter installed on a personal computer.

Connector type RJ-45 is used today most often. Usually it is used when using twisted pair cable. For example, it is used during the laying of cable television or the Internet. Mainly used six-seat connector-you use a combination of several wires (white/green, white/orange, blue/white, white/blue, orange/white, green/white). As for television, in this case we will use a quadruple wiring (white/orange, orange, green, white/green).

Another kind of connector RCA ("Tulip"). This kind of connectors were used everywhere, although today he is virtually out of fashion. This standard is widely used in audio and video equipment. Standard plug - the Central metallic connector which is a little ahead and has a diameter of 3.2 mm. The RCA Jack is a conventional panel mount connector, worn on bezel, and has a diameter of 8.0 millimeters.
Is the advice useful?
See also
Подписывайтесь на наш канал