What is active network equipment 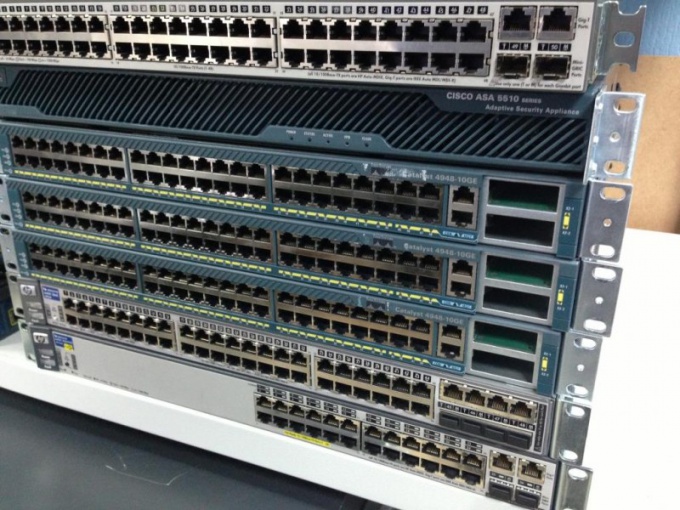 Active network equipment designed to perform a variety of actions connected with data transmission. For example, consider the routers. It is known that they transmit the special packets of information those computers that are connected to them, then they have access to the Internet. In all varieties of active network equipment organized packet transmission where each packet with different location information, integrity information and other data that allows you to deliver it to its destination.

Active network equipment can not only perform the function of transferring data packets, but also the functionality of the transmission channels. This is because the variants of data transmission in the network, there are so many that depend on network load and used/unused devices.

Network adapters connect devices to the network. Repeaters (amplifiers), as you might guess, receive and amplify an existing signal, while a person is always present the possibility of branching the same signal. Converters (used very rarely) perform conversion from one technology to another. They are mainly used where it is impossible to transmit data on a particular technology and convert it to another.

Switches, hubs, and other similar equipment allows you to combine multiple computers into a single network, that is, form the so-called logical connection between devices. Routers, in turn, distribute the data packets to computers, network segments.

In the end, active network equipment provides a construction of a distributed information structure and enables the user to send and receive certain amounts of information at a large distance (i.e. use the Internet).

As for passive network equipment, it is not powered from the mains and passes the signal without any amplification. It is divided between two groups: equipment that serves as a transmission path of data and equipment, which is a kind of route for the cables. The first group mostly include: sockets, cables etc. To the second group: brackets, kabelkanal, clips and other equipment.

Thus it turns out that the main role in creating and receiving the signal played by the active network equipment.
Is the advice useful?
See also
Подписывайтесь на наш канал