Fun contests on the anniversary of women

Anniversary – a good reason to not be content with the banal absorption of food in the circle of relatives. It happens also much less than conventional birthday, and don't miss the opportunity to celebrate her fun and bright. 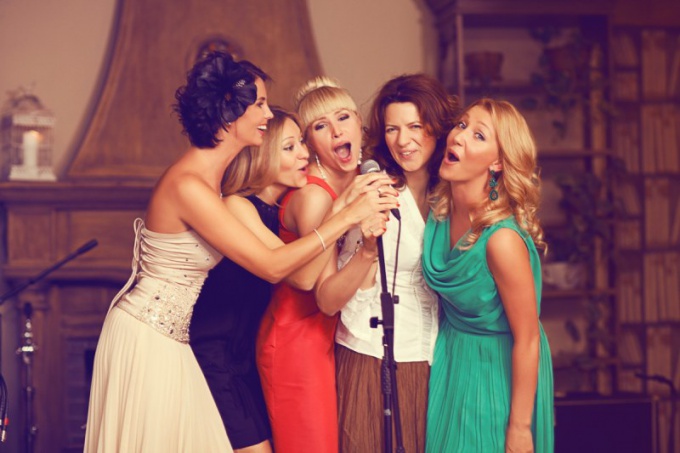 Related articles:
The purpose of the holiday is the celebration of the jubilee. Therefore it is necessary to include in the script as many opportunities as possible to make compliments to manifest the hero of the occasion, left satisfied. For women praise its taste, ability to dress, look good, tact, wisdom, patience, beauty, harmony, the ability to farm, cook and raise children. But it is important not to cross the fine line between a pleasant praise and blatant flattery.

Depending on the age of the celebrant, selected and competitions. Thanks entertainment any holiday will be bright and memorable. There are universal contests that will be suitable for almost any anniversary.

With are chosen by lottery participants. They are blindfolded and offer to smell to identify the object that is in the hand of the master. The more unknown things recognizes the competitor, the closer he gets to victory. To offer you a variety of items: a plastic Cup, a dollar bill, Apple, cream, etc.

All guests are divided into two equal teams. To the left leg of each participant is bound inflated balloon of the color chosen by the team. Task is maintaining your ball to burst as many balls as possible opponents. Wins the team that slaughtered all the balls of your rivals and keep at least one.

The contestants are given a card with the letters. You need to attach them and hold on those body parts that start with these letters. The prize goes to the most clever party, who managed not to drop any cards.

Gift hero of the day hiding in a safe place. 15 slips of paper are written the coordinates and clues for finding each subsequent note. Fourteen of them are hiding in different places, perhaps even in personal belongings or clothing of guests, and the last is given to the birthday boy. Only after collecting all the notes in order, the celebrant will be able to get to his gift.

Involved men. In the glasses according to the number of players filled with drinking water, and one of them is vodka. Team-leading competitors at the same time drink the contents of the stacks, keeping a calm exterior and not posing. While the audience guess who have turned the 40-degree drink. The quick-witted guest receives a prize.

Compete representatives of a strong half of mankind in our ability to do compliments. Facilitator invites the players to draw a card with the letter that you want to come up with a compliment suitable to the celebrant. So in turn, players draw cards. The game continues until, until the end of the card or the imagination of the contestants. The winner is the owner of a very rich vocabulary.
Is the advice useful?
See also
Присоединяйтесь к нам
New advices