Than clean the contacts on the battery terminals to remove oxidation

The formation of white Deposit on battery terminals is one of those problems that will sooner or later have to face every motorist. The most common cause of this problem is the poor technical condition of the battery. 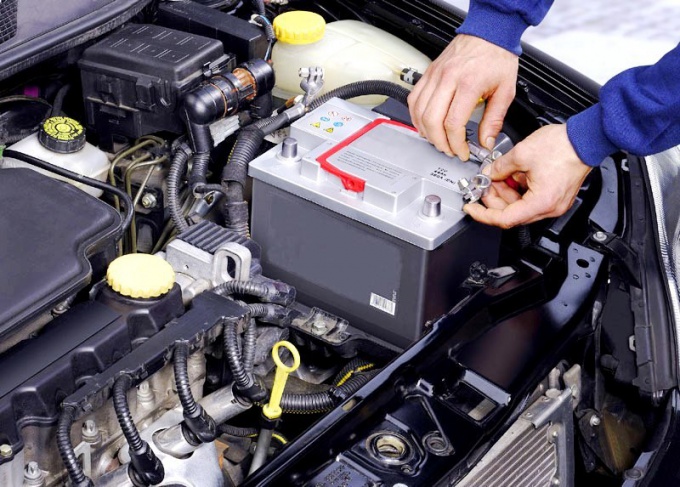 Related articles:
In most cases, oxidation on battery terminals – a kind of "bell" that very soon the owner of the car will have to pay a certain amount of money to buy a new battery. If the amount requested is not yet available, at first you can do by simply removing the oxidation.

Removing oxidation on the terminals

In order to remove white patches of oxidation, you can use an ordinary brush for metal (with metal, stainless steel bristles) or sandpaper. It should be remembered that lead of which is the battery terminal, is quite brittle material, so to clean contacts it is necessary carefully to avoid damage to them.

Some motorists are the problem clean the terminals with a cloth soaked in gasoline. This method is very effective, but requires the utmost caution when working with flammable liquid.

To the oxidation is not formed again

Even on a very carefully cleaned the battery terminals white coating of oxidation can again be formed, so you should try not to give him this opportunity. Based on the fact that the main cause of plaque formation is the effect of electrolyte for lead-based contacts (this contributes to battery failure), it is necessary to isolate contacts.

Effectively protect the battery contacts from the harmful effects of the electrolyte, using the old "antiquated" method. For this we need to cut from plain felt two washers with a diameter of about 25-30 mm and soak them in engine oil. Then need to put one washer on the battery terminal and mounting terminals of the vehicle electrical system. The second goal will be pinned on top side of the contact car.

As the insulation of the terminals of the battery, you can use grease or petroleum jelly. If finances allow, you can buy for these purposes a special spray to protect the batteries or the popular tool is called the "Lubrication-protection of battery terminals against corrosion". The people for the name of this tool used the word "electrogas".

Other causes the formation of deposits on terminals

Failure battery is not the only cause of the problem, though the most common. White patches can also appear as a consequence of disruption of the power supply, which can appear due to a lack of reliable contact with the battery terminal.

The oxidation can be formed because of clogging of vents of the battery or loose mounting battery.
Is the advice useful?
See also
Присоединяйтесь к нам
New advices