Is it worth to move to Moscow

In Moscow lives more 15 million persons, and their number is constantly growing. Legal and illegal migrants, citizens of other Russian cities - all of them aspire to work in the capital and the dream of a beautiful life. 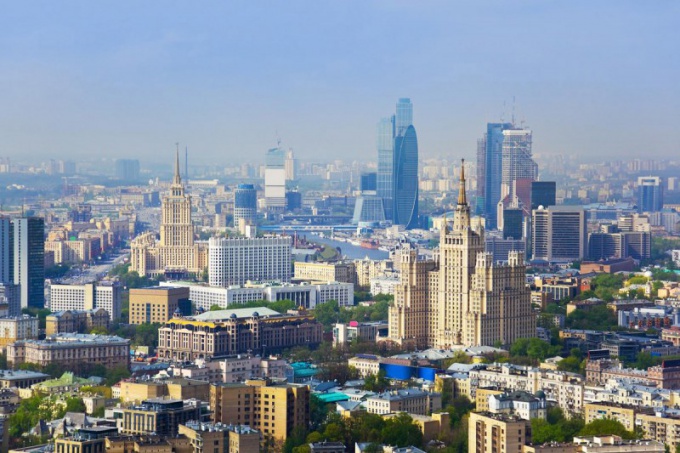 Related articles:
Today Moscow is the fastest growing city in Russia. There is therefore nothing strange in the fact that there tend to get many hundreds of thousands of people. However, whether life in the capital to leave his hometown and move?

The benefits of living in the capital

As with any problematic issue, moving to Moscow, there are supporters and opponents. Supporters painted the many benefits of such a move: life in a beautiful city with developed infrastructure, modern buildings, lots of cultural entertainment and a great opportunity to make a career. And indeed, life in Moscow promises a lot of possibilities. The first of them is the high salary. In the capital you can find the company and job of any profile. In whatever field you are expert and no matter what post he occupied earlier, here you will find the relevant jobs. The need for new personnel has not dried up, because constantly there are new jobs.

Being unemployed is practically impossible, with good search and interest in activities, of course. In addition, the wages simply can not compare with the regions: the average income in Moscow in two or even three to four times higher than in the province. To make a career here, it is also possible, just need perseverance, hard work, courage and a little audacity.

And for families of all conditions: high level of education in schools, a large number of educational institutions of different profile, centers of additional education. Always there, where to go in a child and what to do with the younger generation - the cultural, entertainment centres, museums, theatres, concerts - all this created for interesting, fun and amusing entertainment. It would seem that Moscow is the ideal place in order to move from the province and try to provide a decent life.

However, if it was that easy, capital would have already managed to grow to epic proportions. Still life in this city is not as easy as it might seem at first glance.

A huge number of visitors make Moscow more closely. It seems like people everywhere: they gather in crowds at the metro, land transport, in queues. The constant construction, the noise, the incessant stream of people, irritation, tube sometimes heating up the atmosphere to the limit. A huge number of migrants, residents of neighboring States, creates the impression that have to live not in Russia and in some other country. And the attitude to Russian from other cities in the capital is not the best: you need to be prepared for what will have to face the hostility or disrespect at work. Housing prices, rent, products, services is incredibly high. Even with a good income, keep in mind that most of the salary will have to pay for housing, food and transportation.

So from a relatively high income will be not that much. And it does not guarantee that you will be able to save for their own housing in the capital - the price it is not for nothing called one of the highest in the world. Even in the relatively expensive and prosperous Europe apartments are in times less, than in Moscow. And if the majority of visitors will never satisfy the primary needs of man - to find his own house - whether to count on future benefits in this town? Might be best to think about the fact that in your region it is possible to have a good job, to be helpful specialist for the country, have all chances to make money on their own homes and achieve well-being.
Is the advice useful?
See also
Присоединяйтесь к нам
New advices