In what year died Hürrem

Hürrem, also known as roxelana, the wife of the great Sultan of the Ottoman Empire, Suleiman the Magnificent. In history, she entered as an outstanding public figure and the mother of Sultan Selim II. 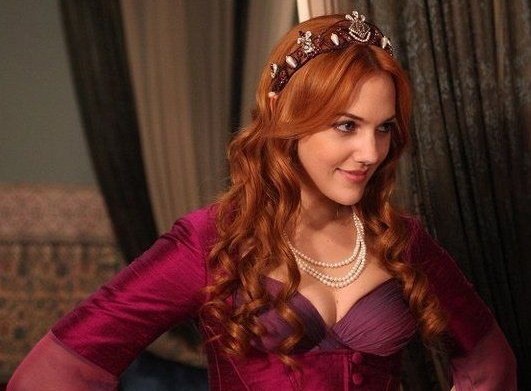 Regarding the biography of Hürrem Sultan there are many different versions. Such diversity, on the one hand, due to the fact that the main events of her life happened long ago, in the XVI century. However, perhaps an equally important role in this played a significant public interest in a bright and unusual life of this woman.

It is believed that Hürrem was born in Western Ukraine, in a region which today belongs to Ivano-Frankivsk region. At birth she was given the name of his father - Gavrila Lisowski, but information on its present name in different sources look different: some historians claim that it was named Anastasia, other - Alexandra.

The region where Hürrem was born and where she spent her childhood, was not calm: he once suffered invasion by the Crimean Tatars, seized many prisoners, among whom were Hürrem. After her several times resold from one slaver to another, she came to the Palace of Sultan Suleiman, where he became one of his many concubines. The Sultan himself was 26 years old.

The importance of Hürrem in the history and culture of the Ottoman Empire tied for first place with the fact that she was one of the first women to publicly engage in social activities. So, she founded a charity that gave his name, built a large number of charitable and religious edifices, not only in Turkey but also in other States including Israel, Saudi Arabia and others. In Europe, Hürrem was known as roxelana: this name was associated with the name of her native land, which in those days was often called Roxolans.

Regarding the death of Hürrem there are no less version than in the origin. However, one of the few issues on which historians agree, is the year of the death of Hürrem: she died in 1558, when she was 52 years old. However, even in relation to the specific date of her death, there are discrepancies: for example, various sources indicate. what happened 15 or April 18. Her husband, Sultan Suleyman, was very grieved about the death of his wife, and a year after her death, in 1559, completed construction of a Grand tomb called the Tomb. He died eight years after her, in 1566, and was buried next to his wife.

Some researchers argue that in the last years of his life, Hürrem was often ill, and the cause of her death has become a long cold that turned into pneumonia and finally exhausted her body. Others believe that Hürrem died as a result of a poisoning with poison, which she slipped one of the many envious at the Sultan's court.
Is the advice useful?
Присоединяйтесь к нам
New advices