Every manufacturer wants to attract the attention of buyers to their products. The best way to do this is advertising. A good advertisement should be attractive, memorable and persuasive. 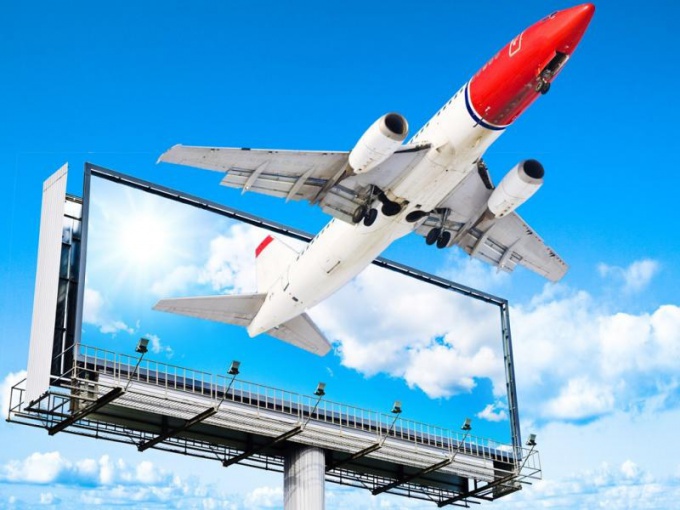 The choice of channel of distribution of advertising

The choice of channel of distribution of advertising is the first big step to attract attention. There are several ways to advertise: in the press, in magazines, on radio, on television, on the Internet, on the streets and on transport. Each of these types has its own target audience, as well as for different acts on the human brain. When choosing the type of advertising you need to consider the cost: there are things, which, because of its price advertising is unprofitable and does not make sense.

To attract attention to your product or service, you need to understand which of the information channels does your target audience. You can use multiple channels, but you need to properly assess the effectiveness of their use. After all, if you choose one channel, but to do it correctly, the efficiency can be increased significantly.

Efficiency is called the ratio of the profits from the sale of goods or services to the cost of producing and broadcasting the ads.

The psychological perception of advertising

The most effective is TV advertising because it combines the effects on auditory and visual receptors, creating a complete picture. Of course, in many ways, this is depends on the plot: if it is unattractive and imposing of the goods is likely to disgust, and it will be a small demand. Advertising should carry positive emotions and please the consumers.

Advertising on radio allows the listener to independently finish the proposed way. By the way, haunting songs and rhymes is well remembered by listeners, even if they are engaged in parallel with listening to others. But they can often irritate them those that are constantly swirling in my head.

Great attention should be paid to visual advertising. It has its secrets and benefits. Visual images are perfectly assimilated and remembered, when properly created.

An advertisement that contains a vivid visual image, more efficient one in which only the text of approximately 41%. It is best if the picture will show people, animals, or fictional characters who use the advertised product. The product should be at the center of the image. The ad the more will be remembered if objects will pass the motion. But most importantly, what would the picture reflects the basic concept of advertising and was clear.

If the product you are promoting, new, to intrigue all. This works especially well with new places in the city. The outdoor advertising is the logo or part of it, and the signature is added, for example, in October he will come to you..". Such information is never left unattended. There is a "Zeigarnik effect" or "effect of unfinished action." The information is incomplete, and people want to know what happens next.
Is the advice useful?
Присоединяйтесь к нам
New advices