What a taste beardless garden strawberry

Strawberry, or garden strawberry is a plant that reproduces by creeping shoots (mustache). Moustache formed root sockets, from which grow new strawberry bushes. But today developed a new variety, that no mustache throws. This kind of garden called strawberry everbearing Alpine strawberries. 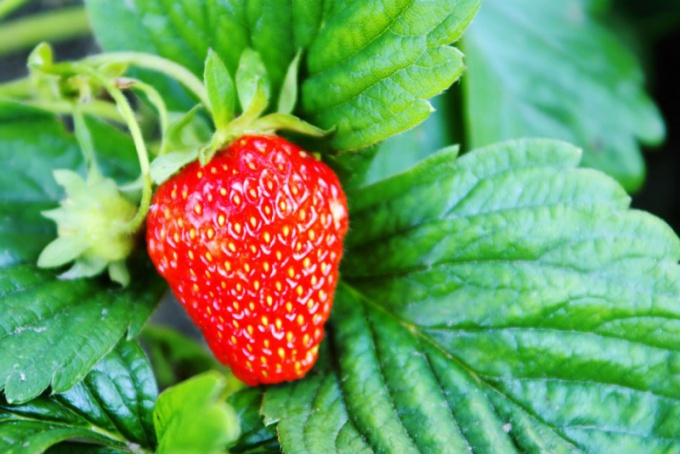 In addition to the lack of a mustache (shoots), everbearing strawberries, there are several differences from the usual. The main thing – it bears fruit much longer. If strawberry season in plants forming shoots, ends in July, remontant gives the berries up to the first frosts. For the whole period of fruiting, which might under favorable conditions last from may to October, the number of fruit per Bush reaches thousands of pieces.

Beardless remontant varieties for the winter need shelter. It is best to use a mulch of sawdust, pine needles, or grass.

The property did not form shoots greatly simplifies the care of a beardless strawberries. The harvest of such plants it is possible to obtain stable. And the bushes just enough to be fed, watered and Spud. In the fall there is no need to do circumcision mustache and jigging babies. But, like any strawberry plantation, beardless, too, should be updated every 4-5 years. How to do it without a mustache?

Beardless strawberry is propagated by seed. This method is troublesome, strawberry seeds small, grow long and require at the initial stage of care. Planting everbearing strawberries in the late spring for successful germination of seeds are required not only fertile soil, warmth and moisture, and a lot of light. Seeds germinate in 2-3 weeks. By autumn they can be planted in open ground. A spring – ready beardless plantation, which will yield a harvest.

But there is another way to update the plantings of strawberries Bezus. In this culture the third or fourth year of life is particulate. This is a natural process that is very hands on gardeners. On the Bush die of old rhizomes, decaying at the same time on several parts (particul). These parts and you can sit down, as a mustachioed kids, only easier – no need to crop.

Watered beardless strawberries planted on the film or roofing felt directly on the leaves, using a watering can with a divider.

Weed helps to fight the coating of the film or roofing felt laid directly on the beds. It made cross-cuts and planted seedlings. Then when they grow and begin to bear fruit, the berries are not touching the ground. They ripen in the sun, while maintaining all their taste and aroma.
Is the advice useful?
Подписывайтесь на наш канал